What is Alanis Morissette's Net Worth?

Alanis Morissette is a Canadian singer and actress who has a net worth of $60 million. Alanis gained a reputation for having a very emotive voice, and she became moderately successful in Canada during the early 90s. After moving to Los Angeles, she released music that was much more commercially successful. To this day, Alanis continues to release music, including her 2020 album, "Such Pretty Forks in the Road." To date, Alanis has sold more than 75 million records. Morisette is known as the "Queen of Alt-Rock Angst" in the music industry.

Perhaps not surprisingly, Alanis earned the most income during the mid-to-late 1990s – before the advent of music streaming platforms like Napster. Her biggest albums were released during this period, and Morisette sold roughly 60 million albums – the vast majority of the 75 million albums she has sold over the course of her entire career.

Alanis Nadine Morissette was born on June 1st of 1974 in Ottawa, Ontario, Canada. Alanis was raised in a Catholic family alongside two brothers by parents who were both teachers in a military school. Because of her parents' work, she was forced to move often. As a young girl, she lived in Germany for a period of three years. At the age of six, Alanis settled in Ottawa and started to play the piano. Dance lessons soon followed, and Morissette quickly developed a passion for music.

In the late 80s, Alanis recorded her first demo track, which was entitled "Fate Stay with Me." In 1991, she released "Alanis," her debut album. During this period, she created dance-pop music with tracks like "Too Hot," "Walk Away," and "Feel Your Love." She also opened for artists such as Vanilla Ice. "Alanis" eventually achieved platinum status, and this encouraged Morissette to release a second album called "Now Is the Time." Both of these first albums were released in Canada only.

Unfortunately, Alanis' second album proved to be a flop, and her record label contract de-materialized. With few options, Alanis moved to Toronto and started writing music. This resulted in the release of her first internationally-released album, "Jagged Little Pill." During this period, she also learned how to play the guitar. Although no record labels wanted to offer her a contract, "Jagged Little Pill" was unexpectedly successful when it was released in 1995. L.A-based radio stations started playing tracks like "You Oughta Know," and Alanis gained exposure through MTV and MuchMusic. Because of these factors, "Jagged Little Pill" ended up selling more than 16 million copies in the U.S. alone, with a further 17 million units sold globally. To date, "Jagged Little Pill" is one of the most commercially-successful albums ever released by a female artist. 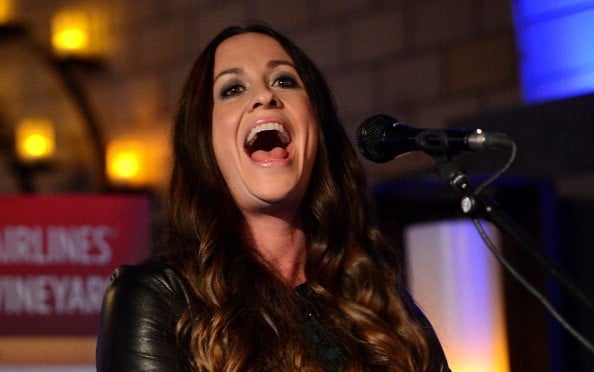 Over the next period, Alanis toured and collaborated with a number of other artists. She also regularly sang both Canadian and American national anthems at sporting events. In 1998, she followed up with "Supposed Former Infatuation Junkie," an album that received positive reviews while failing to make much of a commercial impact. An acoustic album entitled "Alanis Unplugged" followed, and she performed at Woodstock in 1999.

In 2001, Morrissette released her fifth studio album, "Under Rug Swept." This album performed well in a commercial sense, with one million unit sales in the United States alone. In 2004, she released "So-Called Chaos," a poorly-selling album which received mixed reviews. After releasing a greatest hits album, Alanis released her seventh album, "Flavors of Entanglement" in 2008. Further albums followed throughout the next few years, and Morissette continued to collaborate and tour with other artists.

Although her latest albums left something to be desired, Alanis bounced back in 2019. After recording at a studio in Los Angeles, Morissette released "Such Pretty Forks in the Road," her first studio album in eight years. Released in 2020 after coronavirus delays, the album received positive reviews while selling 23,000 units within its first week.

In 2017 Alanis sold her longtime home in the Brentwood neighborhood of Los Angeles for $5.35 million. She originally bought the house in 1996 for $1.8 million. Spanning 5,150 square feet, the Mediterranean-style home features six bedrooms, a swimming pool, and a sports court. The residence sits on a half-acre lot. While Alanis originally listed the property for $5.495 million earlier in 2017, she settled on a slightly lower final selling price.

Alanis sued her former business manager, Jonathan Schwartz for stealing $5 million over a period of seven years. He ultimately admitted guilt and was sentenced to serve six years in prison in 2017.

Morisette has been quite vocal about her struggle with depression and mental health issues over the years. As a teenager, she developed eating disorders as a result of her depression. This continued into her early 20s, after which she got help and started eating a healthy diet. In 2009, she ran a marathon to promote awareness for eating disorders. In 2019, she talked about her battle with postpartum depression on "CBS This Morning."

In the early 90s, Alanis caused a media buzz after dating actor and comedian Dave Coulier. Another notable relationship came in the early 2000s, when Morissette began dating actor Ryan Reynold, a fellow Canadian. Although they became engaged in 2004, the couple called off their engagement in 2007. In 2010, Alanis married a musician called Mario 'Souleye' Treadway. Over the course of their relationship, they have had three children together. 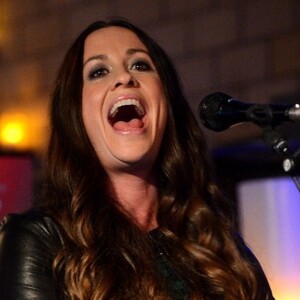