Alan McGee net worth: Alan McGee is a Scottish musician, manager, music executive, and blogger who has a net worth of $40 million dollars. Alan McGee was born in Glasgow, Scotland, and began his career as a musician in the late 70s. He went on to perform with the punk rock group, The Drains, and then co-founded the group, Laughing Apple.

Laughing Apple released three singles. 1983 proved to be a busy year, when he formed the band Biff Bang Pow, and launched his own record label, Creation Records. Biff Bang Pow recorded and performed until 1991. Creation Records would go on to become one of the most successful independent labels ever. He signed such acts as Primal Scream, Felt, the Weather Profits, My Bloody Valentine, Teenage Fanclub, and most successfully, Oasis. He also managed Jesus and Mary Chain. The label sold 54 million records before he shut it down in 1999, selling it to Sony for $30,000,000. He launched another label, Poptones, in 2000, and ran a nightclub for a few years. Since 2007, however, he has focused primarily on real estate investment and music blogging. 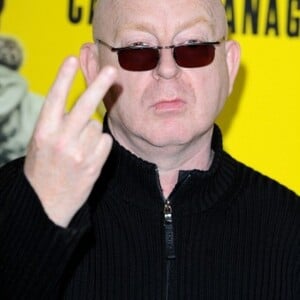