Al Jarreau net worth: Al Jarreau was an American jazz singer who had a net worth of $16 million. Born in Milwaukee, Wisconsin, Al Jarreau graduated from Ripon College with a degree in Psychology. He then went on to earn his Master's in Vocational Rehabilitation from the University of Iowa. He grew up in a family of musicians, and began singing as a child.

He continued singing throughout his college years, and performed as a jazz singer at night, while working at a rehabilitation facility in San Francisco. He began to gain attention while performing with Julio Martinez at a club in Sausalito in the late 60s, and decided to shift his focus to music full-time. Warner Bros. Records subsequently spotted him, and he released his first album, "We Got By", in 1975. It went on to win a German Grammy Award, as did his second album. He went gone on to release 13 more critically and commercially successful albums, and has also worked on Broadway. He also composed the theme songs for several TV shows including "Moonlighting". He maintained a busy touring schedule throughout his entire life. Al Jarreau died on February 12, 2017 at the age of 76. 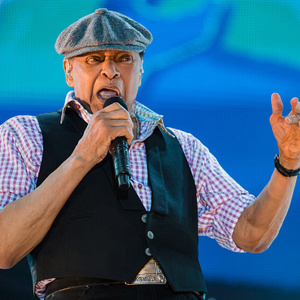