What is Al Green's Net Worth?

Al Green is an American gospel and soul singer who has a net worth of $25 million. Known as "The Last of the Great Soul Singers," Green has earned his net worth from his popularity during the 1970s with hit singles such as "You Ought to Be with Me," "Love and Happiness," "I'm Still in Love with You," "Take Me to the River," and "Let's Stay Together." When Al was inducted into the Rock and Roll Hall of Fame, he was referred to as "one of the most gifted purveyors of soul music." He has sold more than 20 million records, and "Rolling Stone" magazine ranked him #65 on their "100 Greatest Artists of All Time" list in 2004 and #14 on their "100 Greatest Singers" list in 2010. Green was honored with a Grammy Lifetime Achievement Award in 2002 and received a Lifetime Achievement Award at the 2009 BET Awards. In 2000, he published his memoir, "Take Me to the River," and he became an ordained pastor in 1976.

Al Green was born Albert Leornes Greene on April 13, 1946, in Forrest City, Arkansas. He grew up with mother Cora Lee, father Robert Jr. (a sharecropper), and nine siblings. Al and his brothers formed the singing group the Greene Brothers when he was 10 years old. In the late 1950s, the family moved to Grand Rapids, Michigan, and when Green was a teenager, his father kicked him out of the house for listening to the music of soul singer Jackie Wilson. Al began living with his girlfriend, who was a prostitute, and started using drugs. Green formed the singing group Al Greene & the Creations as a high school student, and members Palmer James and Curtis Rodgers created an independent record label, Hot Line Music Journal. In 1968, the group recorded the song "Back Up Train" as Al Greene & the Soul Mates and released the track on Hot Line. "Back Up Train" reached #46 on the "Cash Box" Top 100 chart. While performing with the group, Al met Willie Mitchell, a Memphis record producer, and sang with Mitchell's band during a 1969 show in Texas. Green then signed with Mitchell's label, Hi Records.

Green's sales began slipping, and he switched his focus to gospel music, recording six albums on Myrrh Records, a Christian label. Al's first gospel album, 1980's "The Lord Will Make a Way," earned him two Grammys. Green co-starred with Patti LaBelle on Broadway in "Your Arms Too Short to Box with God" in 1982, and he was the subject of the 1984 documentary "Gospel According to Al Green." Al's return to secular music came in 1988 when he recorded "Put a Little Love in Your Heart" with Annie Lennox. The song, which appeared on the "Scrooged" soundtrack reached #2 on the "Billboard" Adult Contemporary chart. Green collaborated with Lyle Lovett for the duet "Funny How Time Slips Away" in 1994, earning a Grammy for Best Pop Vocal Collaboration. Al went on to collaborate with several other artists, including Queen Latifah, John Legend, and Ann Nesby, and Questlove of The Roots produced Green's most recent album, 2008's "Lay It Down," which reached #3 on the Top R&B/Hip-Hop Albums chart. In 2018, Al released the track "Before the Next Teardrop Falls" in conjunction with Amazon Music's "Produced By" series. 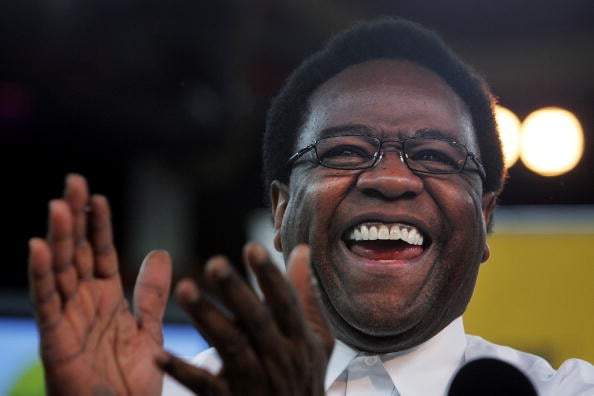 In 1974, Al was assaulted by his girlfriend, Mary Woodson, at his Memphis home. Upset that Green wouldn't marry her (though she was already married at the time), Woodson threw scalding grits at him, causing second-degree burns. Mary then died by suicide after shooting herself with Al's gun. After the tragic event, Green decided to change his life, and he opened the Full Gospel Tabernacle church in Memphis in 1976; Al has been preaching and singing at the church ever since.

Green married Shirley Kyles on June 15, 1977, and they had three daughters together (Alva, Rubi, and Kora) before divorcing 1983. Shirley alleged that Al abused her during the marriage and testified that Green assaulted her with a boot when she was five months pregnant, causing a head wound requiring stitches. Beside the children he had with Shirley, Al is also father to sons Al Jr. and Trevor and daughter Kala. In 1974, Linda Wills, a former secretary of Green's, sued him for $100,000, stating that the singer assaulted her and pushed her through a glass door during an argument. In 1978, Al was arrested for assault and battery after allegedly beating a Memphis woman, Lovie Smith, with a tree limb until she lost consciousness. The charges were dismissed the following year because Smith moved and could not be served a subpoena, causing her to miss the court date. 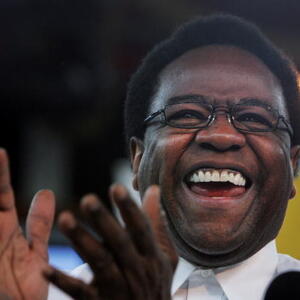