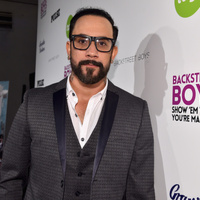 What is AJ McLean's Net Worth?

AJ McLean is an American musician, dancer and actor who has a net worth of $30 million. A.J. McLean has earned his net worth as a singer in the group the Backstreet Boys.

He was born Alexander James McLean in West Palm Beach, Florida,  on January 9, 1978. As a child, he suffered from a speech impediment which gave him a lisp and a tendency to stutter. He discovered his love for performing early on and started to pursue a career in acting, dancing, and singing. When he was four he focused on his love for dance when his mother signed him up for dance lessons for two hours each day. He took ballet for four years, as well as jazz, hip hop, and every style of dance in between. When he was five, he got into modeling and did J.C. Penny's catalogs and runway shows. By the time he was 12, he had been in many school plays.

McLean began a serious acting career when he was eight years old with a part as Little Mike in the 1986 movie "Truth or Dare." He and his mother moved to Orlando so AJ could continue pursuing his career, and he scored parts on "Welcome Freshmen", "Hi Honey, I'm Home!" and "GUTS". He attended a private acting school The Florida Academy of Dramatic Arts and acted in the drama club, continuing to model and book small roles. It was around this time that McLean met Howie D. and Nick Carter in an audition, piecing together the roots of the band that would eventually become the Backstreet Boys.

In March 1992, an ad ran in the newspaper seeking out young men between the ages of 16-19 for an audition of a new music group. Despite only being 14, McLean auditioned. By April 1992, he was the first official member of the Backstreet Boys. He finished up his senior year of high school through correspondence courses with a tutor on the road after joining the group. The original line up included AJ, Howie Dorough, Kevin Richardson, and Brian Littrell. They had their first performance at SeaWorld Orlando on May 8, 1993. They then continued to perform in various venues during that summer and also toured schools while trying to get a record deal.

They nearly snagged a deal with Mercury Records, but the deal fell through at the last minute when Mercury artist John Mellencamp threatened to leave the label if they got in the boy band business. They signed with Zomba Music in 1994 and later that year flew to Sweden to record songs. Their first single, "We've Got It Goin' On" was sent to radio in August 1995 but was just a minor success in the U.S.

The group finished recording their first album "Backstreet Boys" and it was released in 1996. Their popularity grew first in Europe and their single "I'll Never Break Your Heart" reached gold in Germany. The group broke through in America after 1997's "Quit Playing Games (with My Heart) and climbed to No. 4, eventually earning them a platinum-award for selling over one million copies. Their second album "Backstreet's Back" was a smash hit with the singles "Everybody" and "As Long As You Love Me."

AJ was part of eight albums from 1996 to 2013 with the popular band, including "Backstreet's Back", "Millennium", "Black & Blue", "Unbreakable" and "In a World Like This". As a band, they have sold more than 130 million records around the world and are the best-selling boy band of all time. The band still performs together on giant world tours and has done several residencies including in Las Vegas. 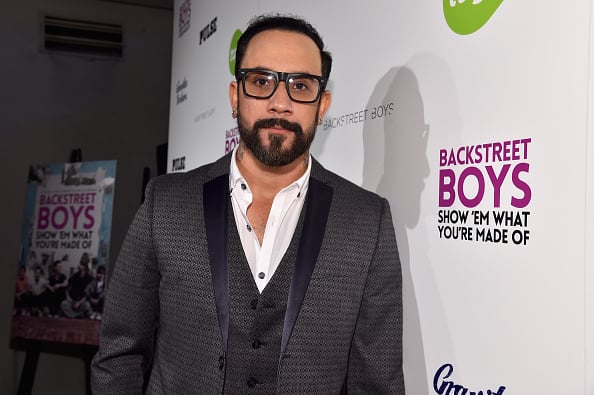 McLean performed several times as himself in 2008, and worked with Ryan Tedder of OneRepublic and JC Chasez of 'N Sync. He created a character for himself called "Johnny No Name" to use as his alter ego that he would use when not performing with the other members of the Backstreet Boys. His first solo album, "Have It All", released in 2010. He has since released several singles.

McLean has also appeared on several TV shows and movies, including "Static Shock", "Arthur", "Sabrina The Teenage Witch" and "This Is the End".

After he joined the Backstreet Boys in 1992, he began dating Marissa Jackson, the daughter of his former managers. They dated for six years. They remained friends after their break up and she wrote the book "Loving A.J: My 6-Year Romance with a Backstreet Boy." He then dated Amanda Latona of the girl group Innosense for two years. He also dated one of the Backstreet Boys backup dancers Kristin Denehy and was engaged to Sarah Martin before they called it quits in 2003.

McLean proposed to model Rochelle Deanna Karidis after ten months of dating in January 2010. They were married in December 2011 with the rest of the Backstreet Boys in attendance. They have two daughters together.

McLean is the founder of the JNN Foundation that works to keep music in classrooms and raise money for diabetes research.

McLean began abusing drugs and alcohol at the height of the Backstreet Boys' success. It was during the US summer tour for their album "Black & Blue" in 2001 that his bandmates realized something was very wrong, as his problems were affecting his performance on stage. In 2001, McLean went to rehab for substance abuse at the encouragement of fellow band member Kevin Richardson. As of 2011, McLean has been in rehab three times. He credits his wife for helping him get sober and overcoming his drug addiction.