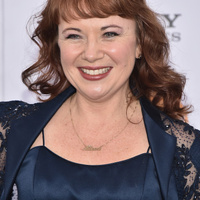 Aileen Quinn net worth: Aileen Quinn is an American actress, singer-songwriter, and director who has a net worth of $500 thousand. Aileen Quinn was born in Yardley, Pennsylvania, and began performing in local theater productions when she was a child. She then went on to commercial work, and was subsequently cast as the "swing orphan" for the Broadway production of "Annie". When the producers decided to make a film version of the hit musical, she auditioned for over a year before being offered the part of "Annie". The film was a huge success, and the cast album went double platinum. She spent the next few years after "Annie" in limbo, as she was contracted to appear in a number of "Annie" sequels that ultimately failed to go into production. She shifted her focus to academic study, and graduated from Drew University. She then returned to acting, appearing in the Broadway National Tours of "Fiddler On the Roof", "Peter Pan", and "Saturday Night Fever", as well as in various regional productions. She also appeared in multiple classical theater productions while studying at the London Academy of Music and Dramatic Art. She continues to act, and also performs with an L.A.-based rockabilly band called, "The Leapin' Lizards".