Ahlam Alshamsi net worth: Ahlam Alshamsi is an Emirati singer who has a net worth of $25 million. Ahlam Alshamsi was born in Abu Dhabi, United Arab Emirates in February 1969. She released her debut studio album Ahbak Moot in 1995. Alshamsi has also released the albums Ma'aa Al Salamah in 1996, Kaif Artha in 1997, Ma yeseh Ela El Saheeh in 1998, Tabee'ee in 1999, Mekhtlef in 2000, Le Elmak Bas in 2001, Ahsan in 2003, El Thokoi Sana'a in 2006, Hatha Ana in 2009, Maw3edak in 2013, and Abtahadak in 2015. Alshami signed with the record label Rotana in 2006. She has been a judge for MBC's Arab Idol and has won several awards including being honored by the Minister of Foreign Affairs by his Highness Sheikh Abdullah bin Zayed. Alshamsi is one of the most searched people on the Google search engine in the Middle East. 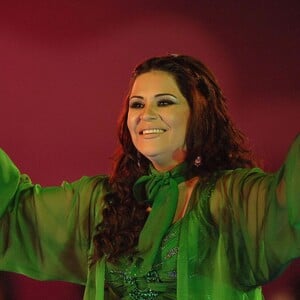