Agnes Monica net worth: Agnes Monica is an Indonesian singer and actress who has a net worth of $30 million. Agnes Monica was born in Jakarta, Indonesia in July 1986. At six years old she started out as a child singer and released three children's albums. Monica's first adult studio album And the Story Goes was released in 2003.

She has also released the studio albums Whaddup A.. '?! in 2005, Sacredly Agnezious in 2009, and Agnez Mo in 2013. Monica won awards in 2008 and 2009 at the Asia Song Festival in South Korea. She started to produce and write songs for her album Sacredly Agnezious. Monica is also known for being a judge on the reality television series Indonesian Idol. She has starred in the TV series The Hospital and Romance In The White House. Monica has also won 17 Anugerah Musik Indonesia awards, eight Panasonic Awards, five Nickelodeon Indonesia Kids' Choice Awards, and four MTV Indonesia Awards. She has served as an anti-drug ambassador in Asia and against human trafficking for MTV EXIT. Monica's first international single "Coke Bottle" was released in 2013. 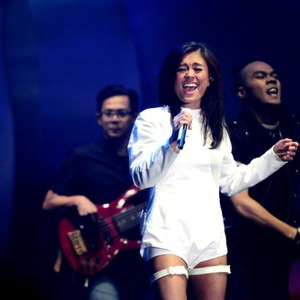