Adore Delano net worth: Adore Delano is an American singer and drag queen who has a net worth of $300 thousand. Adore Delano was born in Azusa, California in September 1989. She was a contestant on the reality television series American Idol in 2008 as well as in season six of RuPaul's Drag Race.

Delano released her debut studio album Till Death Do Us party in 2014 and the album reached #3 on the US Dance chart. Her second album After Party was released in 2016 and reached #1 on the US Dance chart. Delano starred in the documentary TrupiniQueens in 2015 and has also appeared in episodes of the TV series The Ellen DeGeneres Show and Chasing Life as well as the web series Let the Music Play and Hey Qween. In April 2017, Adore Delano sued his former managers alleging that they stole millions of dollars. In the lawsuit, Adore claims he earned around $2.5 million over three years, mainly from concerts and single sales, but somehow only was given $300,000 total. He claims his managers were taking 70% of his income at times. He is suing for 2.5 million in punitive damages and $1 million in lost wages. The management firm claims the allegations are "categorically inaccurate in every regard, including his income, expenses and PEG's commissions." 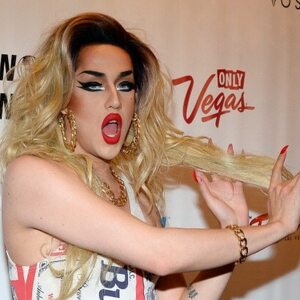