Adnan Sami Net Worth: Adnan Sami is an Indian musician and actor who has a net worth of $50 million. Adnan Sami was born in London, United Kingdom in August 1973. He is a pianist and is the first person to play Indian classic music on the piano and on the instrument called the santoor. Sami has been called the fastest keyboard player in the world and can play more than 35 musical instruments. He has sold over 100 million albums worldwide and has been called the Sultan of Music. Sami released his debut album Live in Karachi in 1986 and his latest album Press Play was released in 2013. As an actor he starred in the 1995 film Sargam and has many credits as a playback singer. Sami was approved as a citizen of India in January 2016. 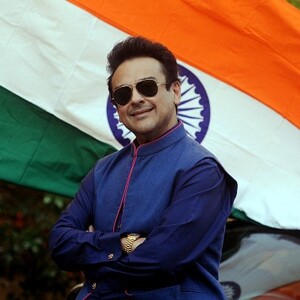