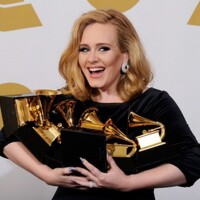 What is Adele's Net Worth and Career Earnings?

Adele is an extremely popular and successful British singer/songwriter. Over the decade between 2009 and 2019, Adele earned over $430 million, primarily through record sales and concert performances. As of this writing, Adele has a net worth of $220 million.

Something about the way Adele sings resonates with just about everyone.  Maybe it's the lyric choices she makes, her phrasing, her tone, or something less definable.  Whatever it is, it made her first album, "19", a multi-Platinum success on multiple continents, and made her second album one of the most award-winning albums of all time.  Since the release of her first single in 2007, she has won five American Music Awards, 12 Billboard Music Awards, 20 Billboard Year-End Awards (for songs that have set records over the previous year), four BRIT Awards, one Golden Globe, nine Grammy Awards, and an Oscar.  She has received 107 major music awards for her two studio albums, out of 188 nominations.  That's a rather impressive average.  To date, she's sold seven million copies of her first album, and 26 million copies of her second album, "21", worldwide.  As the albums have been immensely popular, her tracks have played on international radio repeatedly, appeared on reality singing competitions, in commercials, in films, in mechanical toys, and at your local karaoke bar.  Consequently, Adele has made a quite healthy bit of profit on royalties alone.  In fact, she reportedly makes $62,000 per day based on her royalties.

Adele Laurie Blue Adkins was born in Tottenham, London, on May 5, 1988. She is best known by the mononym stage name Adele. Her father left when she was two years old, so she was raised by her mother, Penny Adkins. When she was nine, they moved to Brighton on the south coast of England, before moving back to London in 1999.

She graduated from the BRIT School for Performing Arts & Technology in Croydon in 2006, counting fellow singers Leona Lewis and Jessie J among her classmates there. While in school, her focus was mainly on going into the A&R side of the music industry, and less on launching her own singing career. However, she had recorded a three-song demo as part of a class project, and a friend posted the demo onto Myspace, where it became very popular. As a result of her online exposure, Richard Russell from XL Recordings contacted her, and she signed with them in September 2006.

Adele's first breakthrough song, "Hometown Glory," was released in October 2007. In 2008, she released her debut studio album "19" to great critical and commercial success. The album was certified gold in early 2009 by the RIAA and had sold 2.2 million copies worldwide by July 2009. She also won Best New Artist and Best Female Pop Vocal Performance at the 51st Annual Grammy Awards in February 2009.

Adele's second studio album "21" was released in early 2011, and it peaked at number one in over 30 different countries. The album spawned popular hits such as the songs "Someone Like You" and "Rolling in the Deep," and both singles topped the charts in multiple markets. "21" was so popular that by December 2011, it has sold over 3.4 million copies in the UK alone, and became the biggest selling album of the 21st century at the time, overtaking the record set by Amy Winehouse's album "Back to Black." Adele swept the music awards that season, winning three awards at the 2011 American Music Awards and six awards at the 2012 Grammy Awards, including Album of the Year, Record of the Year, and Song of the Year.

After taking a small hiatus from performing, during which she still worked on musical material, Adele released her third studio album "25" in November 2015. It was the best-selling worldwide of 2015, with 17.4 million copies sold. She also went on tour in 2016 for the first time since 2011. For the North American leg of the tour, over 10 million people attempted to purchase tickets, although only 750,000 were available. The titles of her first three studio albums were all named after her age when she was working on them, although she has stated that she will likely not do this with her next album moving forward. 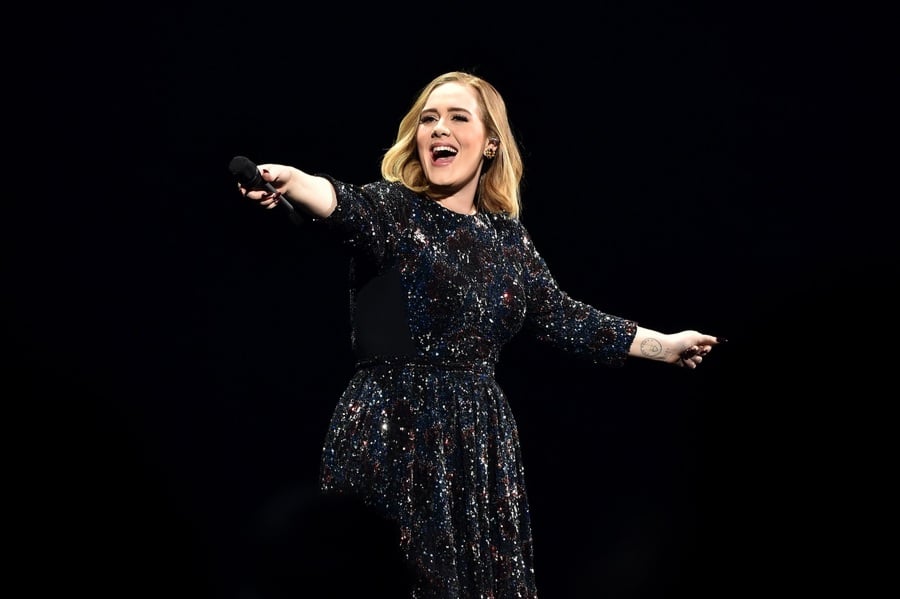 In late 2021 it was announced that Adele would partake in a Las Vegas residency between January 21st and April 16. According to estimates, the show is expected to generate $2 million per-show in gross revenue. If Adele receives half the revenue, that would amount $13 million. That's more than any artist has earned per show in Vegas history.

Adele married Simon Konecki in 2016 after dating for five years. They have one child together, a son who was born in 2012. Unfortunately, they announced their separation in April 2019 after 7 years together. In April 2020, it was revealed that Adele does not have a prenuptial agreement with Simon and that she could potentially be on the hook for an extremely large settlement. The couple's primary residence for legal purposes during the marriage was the state of California in the United States. In California, an ex-spouse is entitled to 50% of all income and assets generated during the marriage. By our count, Adele earned around $200 million before taxes during their married years.

During their marriage, they also acquired a fairly valuable real estate portfolio. Simon will legally be entitled to half the value of the portfolio or some other arrangement. In June 2016 the newlyweds bought a home in Beverly Hills for $9.5 million. In May 2019, a month after announcing their split, Adele paid $10.65 million for a new home in Beverly Hills. 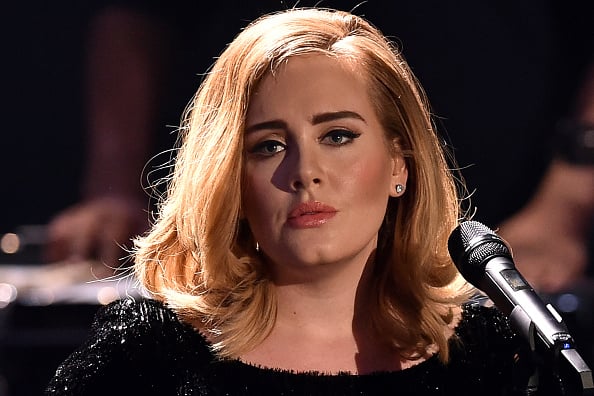 For many years, Adele's primary residence was an $11 million estate in West Sussex, England. She attempted to sell the house in 2016 for $11 million but ultimately did not find a buyer. She also owns a large home in Beverly Hills that she bought in 2016 for $9.5 million. Her immediate neighbors in LA include Penelope Cruz, Jennifer Lawrence, Zoe Saldana, and Nicole Richie. As we mentioned previously, a month after confirming their divorce, Adele splashed out $10.65 million for a new house in Beverly Hills.