Adam Lambert Net Worth: Adam Lambert is an American singer-songwriter and actor who has a net worth of $30 million dollars. A performer from a young age, Lambert became internationally famous in 2009 when he was the runner-up on the eighth season of "American Idol". His first studio album, "For Your Entertainment" (2009), debuted at #3 on the "Billboard" charts. Adam has sold more than 3 million albums, and he has been collaborating with the band Queen since 2011.

Early Life: Adam Lambert was born Adam Mitchel Lambert on January 29, 1982, in Indianapolis, Indiana. During Adam's childhood, his mother, Leila, was as a dental hygienist, and his father, Eber, worked as a program manager for Novatel Wireless, but Leila later switched her career to interior design. Lambert's younger brother, Neil, was born after the family moved to San Diego, California. Adam's mother is Jewish, and he attended Hebrew school as a child.

At 9 years old, Lambert began performing in plays with the Metropolitan Educational Theatre network and went on to appear in professional productions of "You're a Good Man, Charlie Brown," "Peter Pan," "Hello, Dolly," and "Grease." While attending Mount Carmel High School, Adam sang with the school's jazz band, joined the choir, and acted in school plays. After graduation, he moved to Orange County to attend California State University, Fullerton, but dropped out after 5 weeks, moving to Los Angeles to focus on his career instead.

Career: Lambert's first professional job was a 10-month stint performing on a cruise ship at 19, and 2 years later, he was cast in a European touring production of "Hair." In 2004, Adam played Joshua in a Kodak Theatre production of "The Ten Commandments: The Musical" starring Val Kilmer, and the following year, he was cast as an ensemble member and understudy for Fiyero in a touring production of "Wicked" (he reprised these roles in a 2007 Los Angeles production). In 2009, Lambert competed on the eighth season of "American Idol" and consistently won praise from the judges, even earning a standing ovation from Simon Cowell for his performance of "Mad World." Though Adam ended up coming in second to Kris Allen, he has remained one of the most popular "American Idol" contestants, and MTV ranked him #5 on their 2009 list "The 10 Greatest 'American Idol' Contestants of All Time."

Lambert followed his run on "American Idol" with his debut album, "For Your Entertainment," which was released in November 2009 and included international hit singles "Whataya Want from Me" and "If I Had You." The album earned him a Grammy nomination for Best Male Pop Vocal Performance and has been certified gold in the U.S. and Finland and platinum in Canada, Australia, and New Zealand. Adam has released 3 more studio albums, "Trespassing" (2012), "The Original High" (2015), and "Velvet" (2020), and he has sold more than 5 million singles. After performing with members of Queen on "American Idol," in 2011, he acted as the band's lead singer at the MTV Europe Music Awards. Queen + Adam Lambert played their first official concert in June 2012, and they released the album "Live in Japan" in 2016 and embarked on 5 tours between 2012 and 2020. 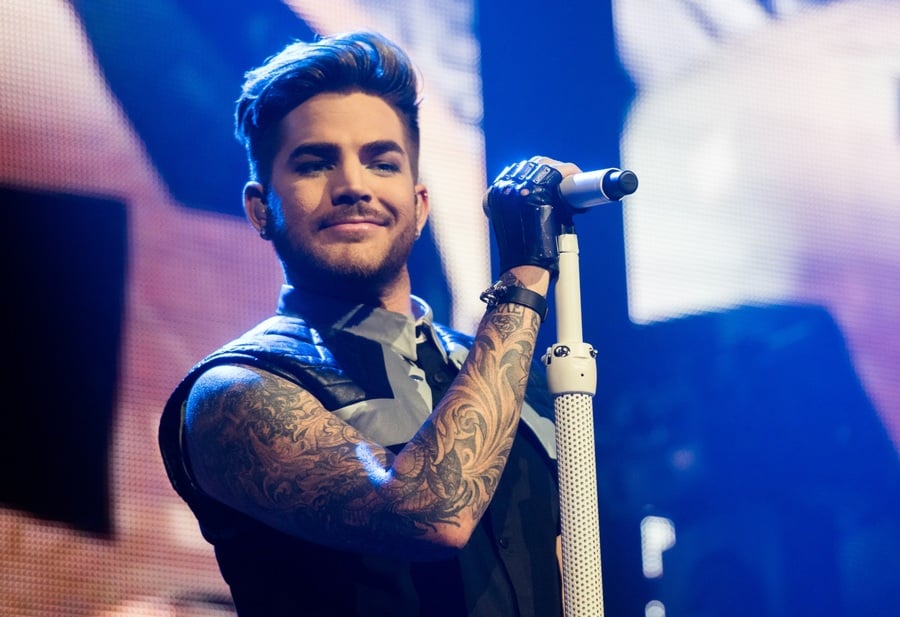 Personal Life: Adam is openly gay and was in a relationship with Finnish TV personality Sauli Koskinenm from November 2010 to April 2013 and model Javi Costa Polo from March to November 2019.

Lambert is known for his charity work and has supported organizations such as DonorsChoose, MusiCares, charity:water, and The Trevor Project. In 2013, he was honored with a Unity Award from the We Are Family Foundation for making music with peaceful messages. In 2019, Adam founded his own charity, the Feel Something Foundation, which supports LGBTQ+ human rights. He has participated in several concerts for charity, including a 2012 performance with Queen and Elton John to raise funds for the Olena Pinchuk ANTIAIDS Foundation, a 2012 benefit for Marylanders for Marriage Equality, and a 2013 Make-A-Wish Foundation Ball. Lambert also performed on the charity single "Hands," which benefited families affected by the tragic 2016 mass shooting at Orlando's Pulse nightclub.

Awards and Honors: In 2009, Lambert received the Teen Choice Award for Male Reality/Variety Star and the Young Hollywood Award for Artist of the Year. In 2010, he won the UR Fav International Video award for "Whataya Want from Me" at Canada's MuchMusic Video Awards. In 2013, he received the Davidson/Valentini Award at the 24th Annual GLAAD Media Awards and also won the GLAAD Award for Outstanding Music Artist. Adam was included in Barbara Walters' "10 Most Fascinating People" special in 2009, and the following year, he was named one of "People" magazine's Most Beautiful People. 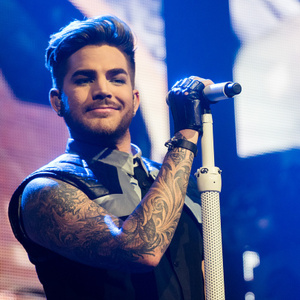