Ace Young net worth: Ace Young is an American singer, songwriter, actor, and entrepreneur who has a net worth of $1 million. Ace Young was born Brett Young in Denver, Colorado in November 1980. He is best known for his being a contestant on American Idol in 2006. At the age of nine he took voice lessons and starting writing songs.

He performed at rec centers and shopping malls and even performed the National Anthem at The Pepsi Center in Denver. He was an Eagle Scout in his senior year of high school. He had a song on the soundtrack of the 2000 movie The Little Vampire. Young moved to Los Angeles, CA in 2001 to pursue a music career. He met Brian McKnight who gave him the opportunity to open for McKnight and New Edition. He auditioned for American Idol in Denver and was eliminated #7. In 2006 he was named one of the "Hottest Bachelors" by People Magazine. He toured with the American Idol Top 10 tour and put together a band. He wrote the chorus for "It's Not Over" by Daughtry, which was nominated for a Grammy Award. He has been named a Celebrity Ambassador for the Muscular Dystrophy Association. His 2008 album Ace Young produced the single "Addicted". Young is married to another American Idol contestant Diana DeGarmo. 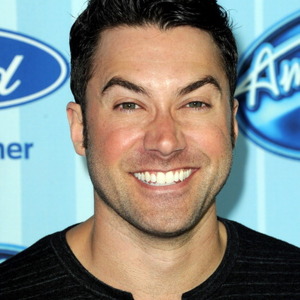