Abraham Quintanilla Jr Net Worth: Abraham Quintanilla Jr, is an American singer, songwriter and record producer who has a net worth of $10 million. Abraham is probably best-known for being the father of singer Selena. He produced the 1997 biographical film "Selena" which starred Jennifer Lopez. In the movie he was portrayed by Edward James Olmos.

Abraham Quintanilla Jr was born on February 20, 1939 in Corpus Christi, Texas. As a child he aspired to become a professional singer. He dropped out of high school as a senior to start a singing career. In the 1950s he joined a Mexican-American Doo-Wop music troop called Los Dinos. Successful and appreciated all over the United States and Mexico, the band recorded twenty 45s and six LP records until their split in 1974. In the meantime, he became a family man and dedicated himself fully to bringing up his three children, his son Abraham Quintanilla III, and two daughters, Selena and Suzette Michelle Quintanilla.

Over the years, he remained fully concentrated on building the musical abilities of his own children. In order to establish his family troop, he created a special music oriented Mexican American restaurant in the beginning of 1982. He soon became the manager of his children's music careers, investing his time to make put on concerts. Selena, who was murdered in 1995 by Yolanda Saldivar, was the most talented. More than 30 million Selena albums would eventually sell worldwide. Struck by the death of his daughter, he decided to close the family troop and opened The Selena Foundation as a charitable organization. 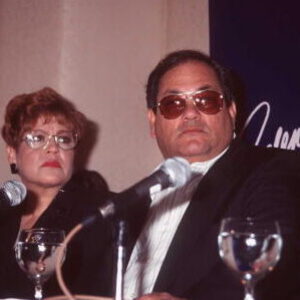