He is also served as a judge for Indian reality television series including Indian Idol. Abhijeet Bhattacharya plays guitar and drums and is a composer and a real estate businessman. Over the years he has been known for controversial statements regarding politics. In 2017 he had his Twitter account suspended after a series of offensive tweets against women. He has performed songs for many films including Mothers Day Special Song, Radhe, Hason Raja, Besharam, Tum Hi To Ho, Challenge 2, Bhorer Alo, Ek-The Power Of One, Om Shanti Om, Kaafila, Gangster, Dosti, Bewafaa, Dhoom, Grahan, Main Hoon Na, Haasil, Chalte Chalte, Yeh Teraa Ghar Yeh Meraa Ghar, Aware Paagal Deewana, Raaz, Tum Bin, Asoka, and more. 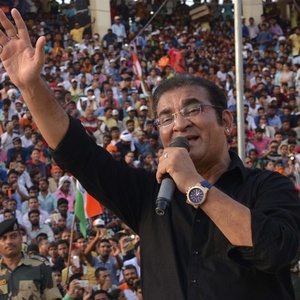