Aaron Fresh net worth: Aaron Fresh is an American singer and television host who has a net worth of $1.5 million dollars. Aaron Fresh, aka Aaron Hinton-Marshall, was born in Chicago, Illinois in February 1993. He grew up in Trinidad where he lived with his grandmother. He started playing in talent shows after he was influenced by artists like Buju Banton, Stevie Wonder, and Michael Jackson.

Fresh attended Los Altos High School in California. After performing at a high school talent show producer Reo Mitchell introduced Aaron to Nick Cannon who signed him to Nick Cannon NCredible Entertainment Island and Def Jam. Fresh's debut album Fresh N Up was released in 2010. His style is described as a mix of Caribbean dub and American R&B. He co-hosted Nickelodeon's "The Nightlife" and co-headlined the Def Jam Teen Island Tour with Justin Bieber. His singles include "Spending All My Time", and "Dirty Girl". Aaron has worked with Bieber, The Backstreet Boys, and The Pussycat Dolls. 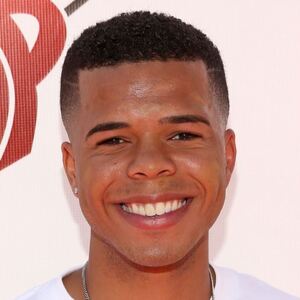