Wu Tang Clan Net Worth: The Wu Tang Clan is an American hip hop group that has a net worth of $20 million. The group formed in 1992 and started with the rappers RZA, GZA, Raekwon, Method Man, Ghostface Killah, U-God, Inspectah Deck, Masta Killa, and Ol' Dirty Bastard. They were ranked the #1 greatest hip hop group of all time in 2008 by About.com.

Their debut album Enter the Wu-Tang (36 Chambers) was released in 1993. The album has sold two million copies in the U.S. and has been certified Platinum. Their follow up album Wu-Tang Forever in 1997 was ranked #1 on the Billboard 200 and on the UK charts. The album also sold two million copies in the U.S. and was certified 4x Platinum. They have released three more studio albums and their new album A Better Tomorrow is scheduled to be released. The group has received notoriety for only recording a single copy of their album The Wu – Once Upon a Time in Shaolin and selling it to the highest bidder, which has been $5 million. They have had success with the singles "C.R.E.a.m.", and "Gravel Pit". Wu-Tang and its members have been associated with The Orchard and have been featured in the video game Wu-Tang: Shaolin Style. Wu Wear stores were opened and the line has been carried in Macy's, Rich's, and d.e.m.o. Nike released a Wu-Tang Clan themed sneaker in 1999. 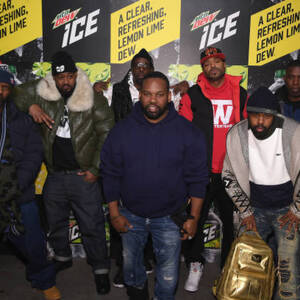