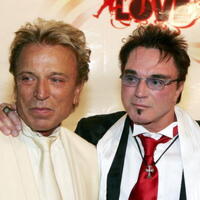 Siegfried And Roy Net Worth

in Richest Celebrities
Siegfried And Roy Net Worth:
$120 Million

What was Siegfried And Roy's Net Worth?

Siegfried and Roy are a former duo of magicians and entertainers who had a combined net worth of $120 million. They got their start in Europe and they became naturalized American citizens in 1988. They were noted for their work with Tigers in a world-famous Las Vegas show that ran for over three decades until 2003. Roy died on May 8, 2020 at the age of 75 from COVID-19. Siegfried Fischbacher died on January 13, 2021 at the age of 81 from cancer.

Table of Contents
💰 Compare Siegfried And Roy's Net Worth

Roy was born Uwe Ludwig Horn in 1944 and Siegfried Fischbacher was born in 1939. They were both born in Germany, with Siegfried hailing from Bavaria and Roy from Oldenburg. Siegfried began practicing magic when he was a child after he bought a book about magic tricks. He eventually moved to Italy. Roy was exposed to exotic animals when he was 10 through a family friend. He left school at the age of 13 and worked as a waiter on the cruise ship Bremen. The two eventually combined forces and in the 1960s were performing in clubs around Europe and on cruise ships. They were fired from the ship Bremen for bringing a live cheetah onto the ship. They were soon recruited by a cruise line based in NYC and they officially began performing as a duo.

Siegfried & Roy made their Vegas debut in 1967. Their magic routine would eventually grow into one of the most-visited shows in Las Vegas history. In their act, they famously levitated tigers and made elephants disappear. In 1981, they started their Beyond Belief show at the New Frontier Hotel and Casino.

On October 3, 2003, during a show at the Mirage, a 7-year-old white tiger named Montecore attacked Horn. Veering off script, Horn held his microphone to the tiger's mouth and told him to say "hello" to the audience. The tiger responded by biting the sleeve of Horn's costume. Standby trainers ordering the tiger to release unsuccessfully attempted to distract the animal with cubes of meat. The tiger leapt at Horn and knocked him off his feet. As trainers rushed in from off stage, Montecore bit Horn and dragged him offstage by his neck. The trainers got the tiger to release Horn by spraying him with fire extinguishers. As a result of the attack, Horn's spine was severed and he suffered massive blood loss along with severely injured other parts of his body. He also suffered a stroke during the event. His motor and verbal skills were permanently impaired. He demanded no harm to come to the tiger as a result of the incident. The incident prompted Mirage to close the show, causing 267 cast and crew members to lose their jobs. Horn told People in September 2004 that the tiger was actually attempting to save Horn's life by trying to drag him offstage during his stroke, but trainer Chris Lawrence contradicted his explanation later alleging that the attack was due to Horn's mishandling of Montecore and that Horn had covered up the real reason for the attack in order to protect their and Mirage's public images. 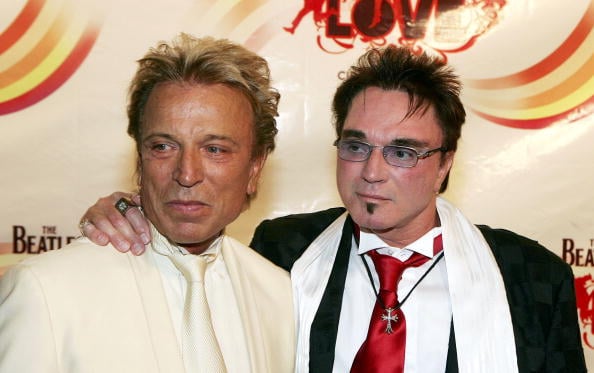 By March 2006, Horn had finally regained his ability to both walk and talk. Siegfried & Roy staged a final appearance with Montecore the tiger, as part of a benefit for the Lou Ruvo Brain Institute. The performance was broadcast on ABC's "2020." The duo retired from show business for good on April 23, 2010. Montecore died at age 17 after a brief illness on March 19, 2014. In 2019, The Hollywood Reporter described the lives of both men after the attack: "Fischbacher, now 79, went on to extravagantly care for his lifelong friend and former lover Horn, 74, at their Little Bavaria estate in Vegas, whose sprawling, rustic grounds are outfitted with hip-high rails along winding paths to make it easier for Horn to get around. Today, he's able to stroll short distances when not confined to a scooter and can talk only with difficulty."

In 1989, Siegfried And Roy signed a $57 million, five-year contract with The Mirage. That contract is worth around $140 million in today's dollars. In 2001 they signed a lifetime contract with the Mirage that paid the duo a peak $60 million per year. The contract also covered the show's extremely expensive production costs.

At their peak in the late 90s and early 2000s, the show was generating more than $60 million per year in revenue (roughly $90 million after adjusting for inflation). During their time on stage, they performed for an estimated 25 million people and generated over $1 billion in revenue. They performed at the Mirage Resort and Casino from 1990 until 2003 when their stage career was tragically cut short.

Siegfried and Roy lived together on a 100-acre estate in Las Vegas known as Little Bavaria that was acquired for $10 million. Little Bavaria consists of several connected mansions, grounds as large as a dozen football fields, and an aquatic park, none of which is open to the public. Their private animal sanctuary features horses, dogs, cats, bids, swans and, obviously, tigers. Over the years the duo has owned, and still owns, a number of other homes in the Las Vegas area.

The pair was very quiet about their personal lives, but it has been reported that they were romantically involved, former lovers and lifelong friends. It was never confirmed nor denied by either of them.

Roy tested positive for COVID-19 on April 28, 2020. He responded well to treatment initially but his condition began to deteriorate rapidly. He died of complications related to COVID-19 on May 8, 2020, at Mountain View Hospital in Las Vegas. A statement released by Fischbacher read: "The world has lost one of the greats of magic, but I have lost my best friend." Fischbacher announced on January 11, 2021 that he had been diagnosed with terminal pancreatic cancer. Two days later, he died in Las Vegas at the age of 81.