Shyla Stylez Net Worth: Shyla Stylez is a Canadian adult film actress and who has a net worth of $2 million. Born in Armstrong, British Columbia, Canada, in 1982, Shyla Stylez moved to Vancouver as a teenager to work as a webcam model and adult dancer. When she was 18 years old, she made her adult film debut in "Slap Happy" in 2000. Two years later, she had an exclusive contract with a production company and went on to marry their CEO, Bob Friedland, the same year. Their marriage dissolved within a year. Stylez was part of a scandal with Orange County's then-assistant sheriff when it was revealed she'd slept with him several times.

Stylez has been in nearly 400 adult film movies during her career. In 2007, she hosted "Un-Wired TV" in Los Angeles. Stylez has been nominated for nearly a dozen awards, including Best New Starlet at the 2003 AVN Awards and Best Supporting Actress for "Coming Home" at the 2008 AVN Awards. In 2011, Stylez was inducted into the Urban X Award Hall of Fame and was named to a "Maxim" list of the top 12 female adult film stars. Other award-nominated performances include "Curvy Girls", "Girlvana 2", "Pirates II" and "Jack's POV 12". 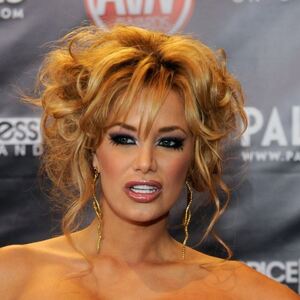