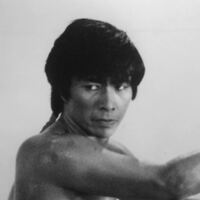 Sho Kosugi net worth: Sho Kosugi is a Japanese actor and martial art artist who has a net worth of $6 million. Sho Kosugi started generating his net worth when he rapidly gained popularity as a film actor during the 1980's.

Born in Tokyo, Japan, Kosugi started his martial art training at the age of five and by the time he was 18, Kosugi achieved the All Japan Karate Champion. Looking to start a career in international finance, Kosugi left Japan to live in Los Angeles, a year after his gained his championship. Although his gained a Bachelor's Degree in Economics in his new home, Kosugi never gave up on perfecting his martial arts.

In fact throughout the 1970's, he entered over thousands of martial arts competitions and demonstrations, winning the LA Open in 1972, 1973 and 1974. In addition to this, he had his first taste of acting in a low budget Taiwanese film entitled The Killer and then A Stranger From Korea, a Korean production, shot in Los Angeles.

But Kosugi big break was yet to come: he landed a role in Enter The Ninja (1981), playing the evil black ninja called Hasegawa. Following the huge success of the film, Kosugi was featured in another ninja film, Revenge of the Ninja (1983) – this time he was playing the good guy. Revenge of the Ninja, was more successful than Kosugi's previous film, as it make box office history. Furthermore the film turned the Kosugi into the massive martial arts star.

As Kosugi became a huge film star, there were roles lining up for the keen martial art artist: Ninja III: Domination (1984), followed by the short-lived TV action series, The Master (1984). He also appeared in Pray for Death (1985), Nine Deaths of a Ninja (1985) and Black Eagle (1988), starring Jean-Claude Van Damme.

By the 1990's the popularity of martial arts movie rapidly declined in the US and this led Kosugi to open a taiko group in California. He also runs a martial art acting international group, called Sho Kosugi Institute, in his hometown Japan. He assists Asian actors wanting to break the US mainstream film market.