How much is Shannon Tweed Worth?

Shannon Tweed Net Worth: Shannon Tweed is a Canadian actress and model who has a net worth of $25 million. Born in St. John's, Newfoundland, Canada, in 1957, Shannon Tweed began her career as a model and appeared in several beauty pageants. She placed third at the Miss Ottawa competition in 1978 and, three years later, became a "Playboy" Playmate of the Month. She moved into the Playboy Mansion with Hugh Hefner for more than a year, and met her future husband, musician Gene Simmons, while at the estate. Tweed's alleged drug use got her booted from Hefner's mansion. She built a successful acting career, with appearances in "1st and Ten", "Frasier" and "Days of our Lives". Tweed has been in more than 60 movies, including "Hot Dog…The Movie", "Detroit Rock City", "Night Eyes 3", and "Dead by Dawn". She and Kiss rockstar Gene Simmons moved in together in 1983 and were married in 2011 after dating for nearly three decades. They tied the knot in front of the cameras from their reality show "Gene Simmons Family Jewels", which ran from 2006 until 2012. Tweed and Simmons have two children together. In 2010, the Saskatoon City Council agreed to name a road after her, with the naming of Tweed Lane in Rosewood. 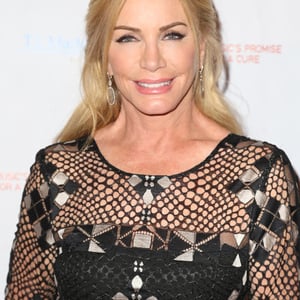