Shanna Moakler is an actress, model and reality TV personality, with a net worth of $15 million. Shanna Moakler has earned her net worth through her career as a model for magazines such as, Playboy, Cosmopolitan and Brentwood, as well as her acting roles in television and films.

She has also appeared on the television reality show, along with then-husband Travis Barker, Meet the Barkers, which followed the couple around through the ups and downs of their relationship. She was born in Providence, Rhode Island on March 28, 1975. She moved to Miami after graduating from high school to pursue a modeling career, and later moved to New York City and then Los Angeles. While living in New York, she entered the pageant scene and was crowned Miss New York USA in 1995, and was also originally the first runner-up at the 1995 Miss USA pageant, but was later crowned Miss USA after Chelsi Smith won the Miss Universe pageant. She began acting around that time and became a regular for two seasons on the USA series, Pacific Blue. In 2001, she was chosen to be Playboy of the month, and by 2005 she was starring as herself on the MTV reality television series, Meet the Barkers. Her relationships have always made headlines and prior to dating Barker, she was linked to Billy Idol, Oscar De La Hoya, and Dennis Quaid. In January 2014, she was announced as the newest cast member on the VH1 hit show, Hollywood Exes. She is currently a pageant director, entrepreneur, and mother of three. 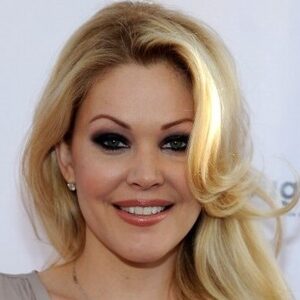