Sean Patterson Net Worth: Sean Patterson is the president of Wilhelmina Models and fashion guru who has a net worth of $8 million dollars. Born February 11, 1072 in New Orleans, Louisiana, Sean Patterson is best known as a celebrity panelist on E!. He was also the creator, producer and star judge of TV Land's model competition series She's Got the Look, a reality series on TV Land which gives a second chance of super modeling career to beautiful women of 35 and above. The contestants were tested based on their performance on their weekly photo shoots and their knowledge of the fashion world. As president of Wilhelmina Models, Sean Patterson is recognized for his ability to discover and build superstar talent. Sean Patterson then worked with the likes of Fergie, Natasha Bedingfield, Ciara, Alexandra Richards, Isabella Rossellini, Justin Chambers, Mark Vanderloo and Gabriel Aubry. Patterson executive-produced the original VH1 reality series The Agency, a behind-the-scenes look inside the world's largest model management agency. He is considered the man behind the successful careers of fashion stars Mark Vanderloo and Gabriel Aubry. 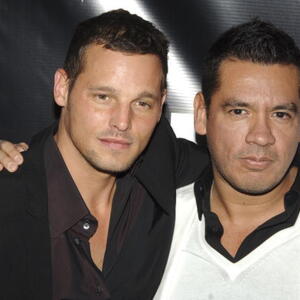