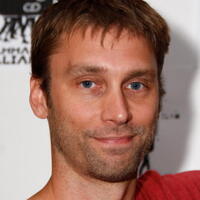 Scott Mosier net worth: Scott Mosier is a Canadian-American film producer, editor, podcaster, writer and actor who has a net worth of $8 million dollars. Born March 5, 1971 in Vancouver, Washington, Scott Mosier is best known for his work with director Kevin Smith, with whom he co-hosts the weekly podcast SModcast, in which the two discuss current events along with other non-sequitur subjects. Mosier met Smith at the Vancouver Film School in Canada. Four months into the eight-month program, Smith decided to drop out, but made a deal with Mosier that each would start writing a script of their own and the one who finished first would help the other with his movie. On Kevin Smith's first feature film Clerks—a product of the production company View Askew founded by Mosier and Smith—Mosier recorded the original sound on set, edited the movie and contributed to the budget. He also made some on-screen appearances as various characters. The duo went on to produce such films as Mallrats, Good Will Hunting, Chasing Amy and Jersey Girl. Mosier married girlfriend Alex Hilebronner in 2006. The couple met on the set of Jersey Girl.