How much is Sally Struthers Worth?

Sally Struthers net worth: Sally Struthers is an American actress and spokeswoman who has a net worth of $8 million. Sally Struthers has accumulated her net worth through her many acting roles on stage, screen and television, as well as her appearances on television game shows, talk shows and voice acting in animated films. Sally Ann Struthers was born in Portland, Oregon in July 1947. She is best known for her role as Gloria Stivic on All in the Family. She appeared in a nude sex scene with Jack Nicholson in Five Easy Pieces in 1970. Her rise to fame came on All in the Family starting in 1970. For her work on the show she won two Emmy Awards. She starred in the short lived Gloria in 1982 and 1983. Struthers made appearances on game shows Match Game and Win, Lose or Draw. She had a role in the TV series Still Standing and starred as Babette Dell on Gilmore Girls. She provided her voice to TaleSpin and The Pebbles and Bamm-Bamm Show as well as on ABC series Dinosaurs. Struthers has served as a spokesperson for the Christian Children's Fund which was later named ChildFund, and International Correspondence Schools. Her activism has been spoofed on Grey's Anatomy, In Living Color, and South Park. She won a 2010 Ovation Award for playing the Fairy Godmother in a production of Cinderella. 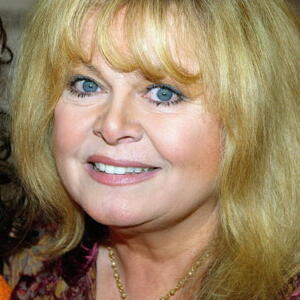