What was Rush Limbaugh's net worth and salary?

Rush Limbaugh was an American conservative radio host, political commentator, author, media personality, and former television show host who had a net worth of $600 million at the time of his death. He was best known as the host of his longtime radio show The Rush Limbaugh Show, which was nationally syndicated on FM and AM radio stations from 1988 until his death. Rush died on February 17, 2021 at the age of 70 from advanced lung cancer.

For nearly two decades straight, Rush was one of the highest-paid radio personalities in the world thanks to his audience of 15+ million weekly listeners.

At his peak he earned around $85 million per year from a combination of salary, bonuses, profit participation and personal appearance fees.

On August 2, 2016, Limbaugh signed a four-year extension of the 2008 contract. Between June 2018 and June 2019, Rush earned $85 million from his radio empire, making him the world's second highest-paid radio host (behind Howard Stern). On January 5, 2020, Limbaugh renewed his contract again.

Rush Limbaugh was born in Cape Girardeau, Missouri on January 12, 1951, to Rush Hudson Limbaugh Jr. and Mildred Carolyn (Armstrong) Limbaugh. His father was an attorney and U.S. fighter pilot who served in World War II. Limbaugh attended Cape Girardeau Central High School where he played football. When he was 16, he got his first radio job at KGMO-AM, a local Cape Girardeau radio station. He used the air name Rusty Sharpe. He graduated from high school in 1969 and enrolled at Southeast Missouri State University. He dropped out after two semesters after flunking everything due to only being interested in radio. 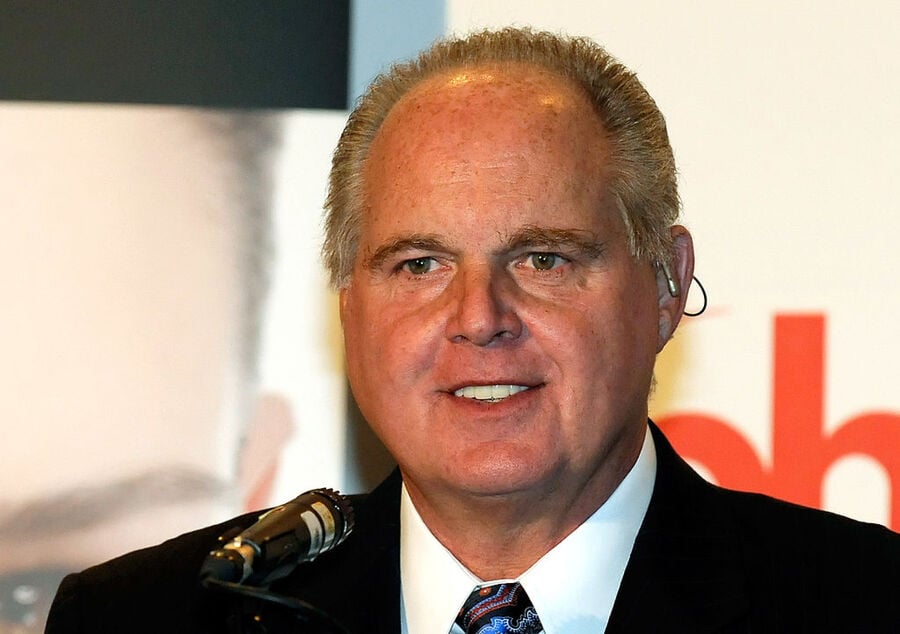 In early 1971, after dropping out of college, 20-year-old Rush Limbaugh got a job as a DJ at the Top 40 station WIXZ-AM in McKeesport, Pennsylvania. He broadcasted under the name "Bachelor Jeff" Christie and worked afternoons for a while before being moved to the morning drive slot. In 1973, after eighteen months at WIXZ, Limbaugh was fired from the station due to "personality conflict" with the program director. He then started a nighttime position at KQV-AM in Pittsburgh. In late 1974, Limbaugh was let go after new management put pressure on the program director to fire him.

In 1975, Limbaugh began an afternoon show at the Top 40 station KUDL in Kansas City, Missouri. He soon became the host of a public service talk program that aired on weekend mornings which allowed him to develop his style and present more controversial ideas. In 1977, he was let go from the station but remained in Kansas City to start an evening show at KFIX. The stint was short-lived, however, and disagreements with management led to his dismissal weeks after. By this time, Limbaugh had become disillusioned with radio and felt pressure to pursue a different career. In 1979, he accepted a part-time role in group sales for the Kansas City Royals baseball team which developed into a full-time position as director of group sales and special events, working out of Royals Stadium.

In November 1983, Limbaugh returned to radio with a year's stint at KMBZ-AM in Kansas City. He decided to drop his on-air alias and broadcast under his real name.  He was fired from the station, but weeks later he landed a spot on KFBK-AM in Sacramento, California. The show launched on October 14, 1984. In July 1988, after his success in Sacramento caught the attention of former ABC Radio President Edward McLaughlin, Limbaugh started a new show at WABC-AM in New York City. He debuted just weeks after the Democratic National Convention and just weeks before the Republican National Convention. Limbaugh's radio home in New York City was the talk-formatted WABC (AM), and this remained his flagship station for many years, even after Limbaugh moved to West Palm Beach, from where he continues to broadcast his show.

In March 2006, WBAL in Baltimore was the first major market radio station in the country to drop Limbaugh's nationally syndicated radio program.

On February 2, 2020, Rush Limbaugh reported on-air to his 20-million member audience that he's been diagnosed with "advanced lung cancer." He closed his broadcast with this news. Limbaugh told his listeners that the disease will keep him off the air on certain days when he receives treatment. He said two medical institutions confirmed the diagnosis since he first realized something was wrong on January 12, 2020, when he experienced shortness of breath. 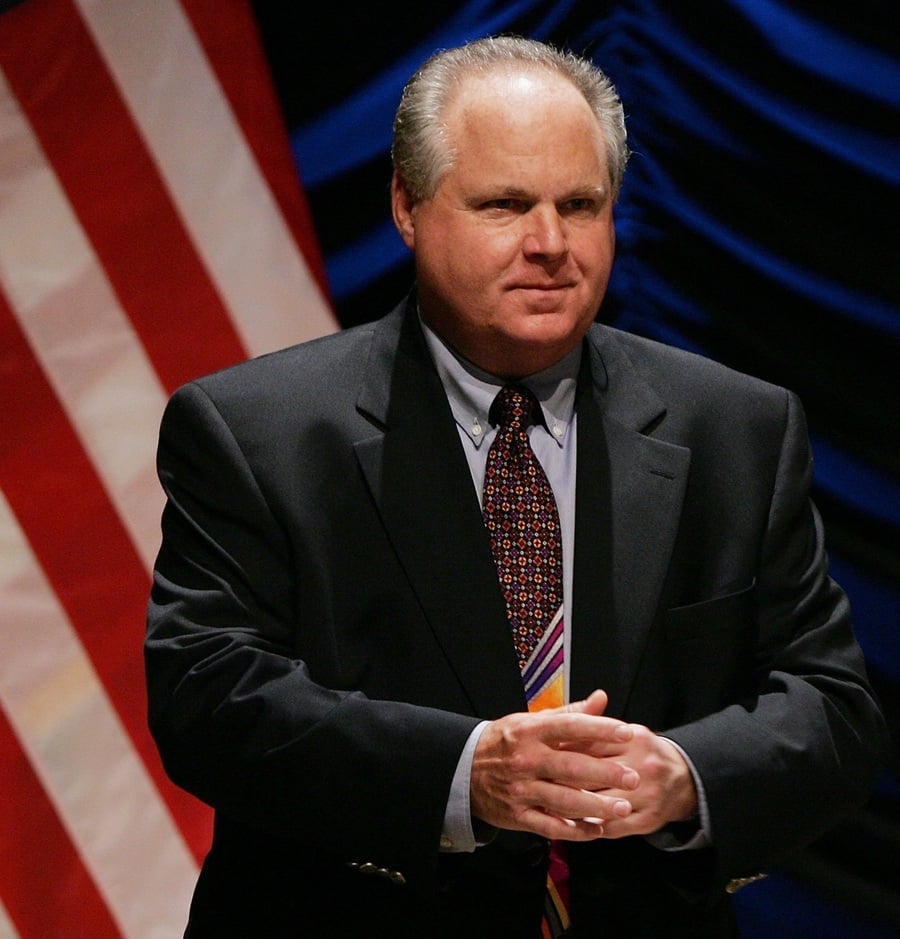 Limbaugh has been married four times, divorced three times, and has no children. He married Roxy McNeely, a secretary at radio station WHB in Kansas City, Missouri in 1977 when he was 26. McNeely filed for divorce in March 1980, citing incompatibility. In 1983, he married Michelle Sixta, a college student. They divorced in 1990. In 1994, he married Marta Fitzgerald, a 35-year-old aerobics instructor. They divorced in 2004. In June 2010 he married Kathryn Rogers.

Limbaugh has lived in Palm Beach since 1996.

In 2003, Limbaugh stated that he was addicted to pain medication, and sought treatment. In April 2006, Limbaugh turned himself in to authorities, on a warrant issued by the Palm Beach County state attorney's office, and was arrested "on a single charge of prescription fraud." His record was later expunged.

He's known for his charitable work, including an annual telethon for the Leukemia & Lymphoma Society.

Rush Limbaugh owned a number of homes around the country, including a Fifth Avenue condominium in New York City, and a home in Palm Beach, Florida.

Limbaugh's Fifth Avenue condominium is 4,661 square feet, with 4 bedrooms, and 5.5 bathrooms. The apartment has 10 rooms in all, with direct elevator entry and spacious living room with fireplace, and huge windows on three sides with views of Central Park opening to a terrace, with similar views and terrace from the formal dining room. The condo has a wood paneled library/den, and a media room with terrace. The East side of the condo has three bedrooms with en suite. The master suite has a private foyer flanked by separate en suites and dressing rooms.

Rush's primary home for his later years was a $26 million oceanfront home in West Palm Beach. The house has 7 bedrooms, 12 bathrooms, and an elevator. He also owned a penthouse condo on Fifth Avenue in Manhattan. 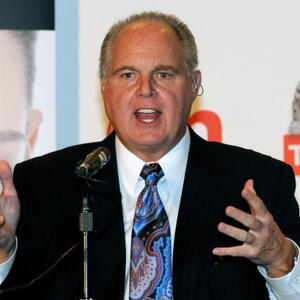