How much is Roselyn Sanchez Worth?

Roselyn Sanchez Net Worth and salary: Roselyn Sanchez is a Puerto Rican singer-songwriter, model, actress, producer and writer who has a net worth of $14 million dollars. Roselyn Sanchez was born Roselyn Sánchez Rodríguez on April 2, 1973 in San Juan, Puerto Rico. She is probably best known for her roles as FBI agent Elena Delgado in the CBS series "Without a Trace" and as Carmen Luna in the Lifetime comedy-drama "Devious Maids" Sanchez showed an interest in both dancing and acting from a young age and though she enrolled at the University of Puerto Rico to study marketing, this was not her calling. Sanchez dropped out of college after three years and moved to New York City, where she took classes in dancing, acting and singing. he returned to Puerto Rico, and in 1992 and became well known as a dancer and as co-host of a variety show called "Qué Vacilón". In 1993, Sánchez won the Miss Puerto Rico Petite contest, and in 1994 she won the international title of Miss American Petite. Sánchez was cast as Isabella Molina, Jackie Chan's love interest in the hit 2001 movie "Rush Hour". Sanchez has been married to actor Eric Winter since 2008. The couple has one child, a daughter. 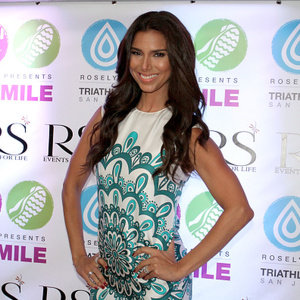