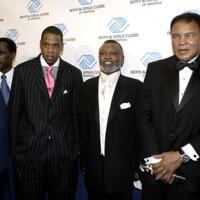 Ronald Butch Lewis was An American boxing promoter and manager who has a net worth of $7 million. Ronald Butch Lewis earned his net worth as a boxing promoter and manager for some of the great boxers such as boxing brothers Leon and Michael Spinks. Ronald Butch Lewis was born on June 26, 1946 and he died on July 23, 2011 at the age of 65. Lewis died of a massive heart attack at his Wilmington, Delaware home; he is referred to as the colorful boxing promoter who worked with Muhammad Ali and Joe Frazier. Lewis was well-known for sporting tuxedos with no shirt and being involved in some of the sport's biggest fights. He began his career in boxing in the 1970s, but later branched into music and entertainment.