Ron Bennington Net Worth and salary: Ron Bennington is an American talk show host who has a net worth of $2 million. Born December 31, 1959 in Philadelphia, Pennsylvania, he is best known for being one half of the talk show host team of Ron and Fez (The Ron and Fez Show), though he is originally known as the star of the wildly popular syndicated radio show The Ron and Ron Show (produced by his future radio co-host Fez Whatley).

Bennington is a cigar aficionado and has even been interviewed by Cigar Magazine. He also has his own cupcake at Molly's Cupcakes in Chicago, Illinois, which is made up of peanut butter, butterscotch and chocolate. It is the best-selling cupcake at Molly's. He is believed to be a long-retired gator wrestler from the Florida league, where his record was reportedly 12-0-1 and remains unbeaten to date. He often cites his reasoning for liking the holiday Thanksgiving so much as 'being raised a Pilgrim until the age of 12'. Bennington currently hosts 3 radio shows: The Ron and Fez Show, Unmasked and Ron Bennington Interviews, all of which air on Sirius XM Radio. Unmasked is an interview-based show in which Bennington talks with leading comedians of past and present, the premise being to understand their creative process, inspirations and getting to know the person behind the comedy. 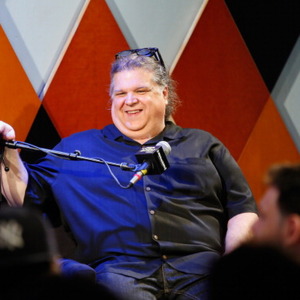