How much is Zoltan Bathory Worth?

Zoltan Bathory net worth: Zoltan Bathory is a Hungarian musician and producer who has a net worth of $9 million. Zoltan Bathory was born in Hungary in May 1978. He is best known for being the founder and guitarist for the heavy metal band Five Finger Death Punch. Bathory was named Best Shredder by Metal Hammer Magazine in 2010. He is also one of the main songwriters for Five Finger Death Punch. He was a part of the band U.P.O. in 2004 and then left in 2005 to form Five Finger Death Punch. The band's debut studio album The Way of the First was released in 2007 and was certified Gold. Their 2009 album War Is the Answer was also certified Gold and reached the Top 10 on the Billboard 200, US Hard Rock, and US Rock charts. Their third album American Capitalist was released in 2011. It was certified Gold and reached #3 on the Billboard 200 chart and #2 on the US Hard Rock and US Rock charts. The band's fourth and fifth studio albums, The Wrong Side of Heaven and the Righteous Side of Hell, Volume 1 and Volume 2, both reached #2 on the Billboard 200 and #1 on the US Hard Rock and US Rock charts. Five Finger Death Punch has had #1 singles on the US Hard Rock or US Mainstream Rock charts with the songs "Under and Over It", "Coming Down", "Life Me Up", "Battle Born" and "House of the Rising Sun". The band has sold more than 2.6 million albums in the United States. Bathory co-owns Alphadog Combat Gear which provides fight gear for athletes including UFC fighters. 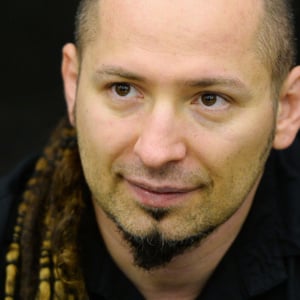