Zac Hanson net worth: Zac Hanson is an American musician who has a net worth of $20 million. Zac Hanson is the youngest of the three-brother group. Born Zachary Walker Hanson on October 22, 1985, in Arlington, Virginia, Zac Hanson is best known as a member of the pop rock band Hanson. It was in 1992, when the band was created by Zac and his two older brothers Isaac and Taylor who initially performed under the name Hanson Brothers.

Even though the youngest, Hanson excelled at playing the drums, percussion, piano, and guitar, as well as singing both backing vocals and lead vocals. Five years later, the trio saw the release of their first major album (third studio album), Middle of Nowhere, under the hat of Mercury Records. The album's first single, "MMMBop", topped the Billboard Hot 100 chart, thus making Hanson one of the youngest artists to ever have a number one single. Also, at the age of 12, he has become the second youngest person (second to Michael Jackson) ever to be nominated for a Grammy award. After releasing three albums through Island Def Jam (formerly Mercury Records), the band formed their own independent label, 3CG Records. As of recent, they are anticipating the release of their ninth studio album titled Anthem, which is set to happen in June 2013. 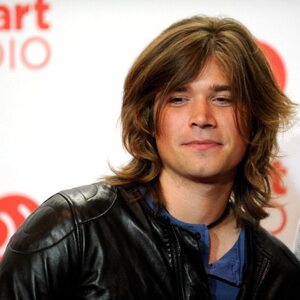