What is Zac Brown's net worth?

Zac Brown is an American country musician who has a net worth of $50 million. Zac Brown is known as the cofounder and lead singer of the country rock group the Zac Brown Band. Many of the band's singles have reached number one on the Billboard Hot Country Songs and Country Airplay charts, including "Chicken Fried," "Toes," "Keep Me in Mind," and "Homegrown." Additionally, Brown is a member of the electronic dance group Sir Rosevelt, along with Niko Moon and Ben Simonetti.

Between June 2018 and June 2019, the members of the Zac Brown earned a combined $40 million from their various endeavors.

For his higher education, Brown enrolled at the University of West Georgia. While in college, he worked as a camp counselor at Camp Mikell in Toccoa, and at the United Methodist Camp Glisson in Dahlonega.

Start of the Zac Brown Band

The Zac Brown Band's second album, "You Get What You Give," was released in 2010. Debuting at number one on both the Billboard 200 and the Billboard Top Country Albums, it spawned the hit singles "As She's Walking Away," a duet with Alan Jackson; "Colder Weather"; "Knee Deep"; and "Keep Me in Mind." The album was followed in 2012 by "Uncaged," which yielded the singles "Goodbye in Her Eyes," "Jump Right In," and "Sweet Annie." Subsequently, the Zac Brown Band released the digital four-song EP "The Grohl Sessions, Vol. 1," produced by Dave Grohl of the Foo Fighters.

After signing with Big Machine Records in 2015, the Zac Brown Band released the album "Jekyll + Hyde," which featured the lead single "Homegrown." Also in 2015, the band performed on "Saturday Night Live," and contributed vocals to the Avicii song "Broken Arrows." Subsequent albums were 2017's "Welcome Home" and 2019's "The Owl." The latter, which debuted at number two on the Billboard 200, included collaborations with artists such as Benny Blanco, Andrew Watt, Max Martin, and Skrillex. 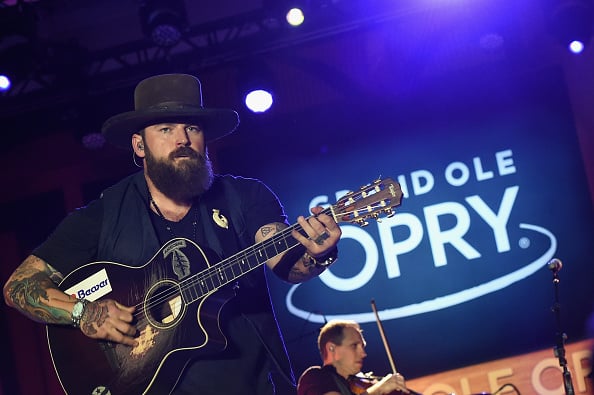 Due to its significant commercial success, the Zac Brown Band has made appearances at a number of festivals and venues. Among them, the group performed at the Hangout Music Festival, the Hullabalou Music Festival, the Bonnaroo Music Festival, and the Stagecoach Festival. Additionally, the band has been a favorite on the annual Rock Boat theme cruise, and has hosted its own theme cruise called Sailing Southern Ground. In 2013, the group completed a sold-out, three-night headlining stint at Red Rocks Amphitheatre.

Brown himself has also collaborated with numerous artists throughout his career. In 2009, he made album appearances on Aslyn's "The Dandelion Sessions" and Clay Cook's "On Mountain Time." This was followed by collaborations with Nic Cowan, Sonia Leigh, Alan Jackson, Sheryl Crow, and the Foo Fighters. In 2020, Brown appeared on Diplo and Danielle Bradbery's track "Hometown," and on Kygo's song "Someday."

Over the years, the Zac Brown Band has earned a plethora of nominations from the Grammy, Academy of Country Music, and American Music Awards, among other organizations. In 2013, it won the Grammy for Best Country Album for "Uncaged." Later, in 2019, the band won the CMT Music Award for Performance of the Year, for the song "Keep Me in Mind."

Personal Life and Other Endeavors

From 2006 to 2018, Brown was married to his wife Shelly; together, they have four daughters and a son.

In addition to the Zac Brown Band, Brown formed the electronic dance music group Sir Rosevelt in 2016. Among its songs are "Sunday's Finest," "It Goes On," and "Somethin' 'Bout You." Beyond music, Brown founded Southern Grind Knives, a knife company in Peachtree City, Georgia, and Camp Southern Ground, a nonprofit summer camp in Fayetteville.