What is Yo-Yo Ma's Net Worth?

Yo-Yo Ma is a Chinese-American cellist who has a net worth of $30 million. He became well known as a child prodigy and went on to produce over eighty albums and win eighteen Grammy Awards.

His primary performance instrument is a Montagnana cello which he has nicknamed "Petunia". The cello was built in 1733 and is valued at $3-5 million. Yo-Yo once left Petunia in a NYC taxi cab. Miraculously, the instrument was returned unharmed. Petunia's neck was damaged by airport security in 1999, forcing him to use an instrument from a museum for a concert in Taiwan.

Yo-Yo Ma was born in Paris, France on October 7th, 1955. His mother was a singer. His father was a violinist and former music professor at National Central University in China. They left China for France due to the fighting between the Chinese Government and the Communist Party occurring at the time. He has a sister who was a skilled violinist, but she ultimately became a pediatrician. From the youngest age he was able, Ma began playing musical instruments, and before deciding to play the cello at age four, he had experimented with the violin, viola, and piano. He was quickly recognized as a child prodigy and was performing in front of audiences by age five. When he was seven, his parents moved to New York City, and that same year, he was part of an orchestra that performed in front of Presidents Eisenhower and Kennedy. He attended the prestigious Trinity School in New York but transferred to Professional Children's School, which has a more intensive focus on the performing arts. He graduated at the age of fifteen. When he was nineteen, he attended The Julliard School where he studied under famed cellist and instructor Leonard Rose, but he did not complete a degree there. Before attending Harvard to complete his bachelor's degree, Ma began playing in the Marlboro Festival Orchestra in Vermont and studying under the direction of Spanish conductor Pablo Casals. He graduated from Harvard in 1976.

Having given a number of high-profile performances as a child and playing with well-known orchestras consistently, Ma made a name for himself early on in life. He was widely recognized as a child prodigy and musical genius. In 1978, he was awarded the Avery Fisher Prize for his outstanding achievements in classical music. He made his recording debut the next year alongside the Royal Philharmonic Orchestra and signed with CBS Masterworks. In 1983, they released the recordings in his first album titled "J.S. Bach: The 6 Unaccompanied Cello Suites Complete," and it was a critical and commercial hit. He followed that with an album with the Cleveland Quartet and another with pianist Ax in 1984. In 1985, he released an album of Japanese melodies, Elgar's cello concerto performed with Andre Previn, and Walton's cello concerto performed with the London Symphony Orchestra. He remained busy throughout the eighties, releasing multiple albums each year. His other releases featured performances with the Boston Symphony Orchestra, the Berlin Philharmonic, and the Chicago Symphony Orchestra. In the 1990s, he broadened his appeal with the 1992 release of "Hush" with vocalist Bobby McFerrin, which made it into the top 100 on the Billboard album charts. In 1996, he released a folk-inspired album with bassist Edgar Meyer and violinist Mark O'Connor titled "Appalachian Waltz." It made it to the top of the classical music album charts. 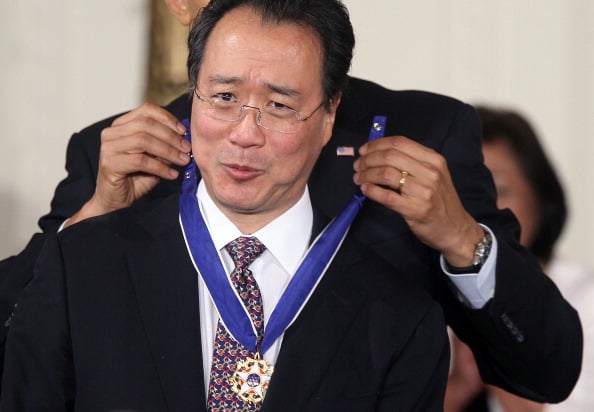 In 1997, he made his first appearance in film with the John Williams' soundtrack for the drama "Seven Years in Tibet." It was met with critical praise as well as commercial success. In 2000, he was featured along with the Shanghai Symphony Orchestra in the soundtrack for the international film "Crouching Tiger, Hidden Dragon." The film received ten Academy Award nominations, including for Best Original Score. His next soundtrack was for the 2003 war drama "Master and Commander: The Far Side of the World." The film was a commercial success, grossing over $212 million worldwide, and it received positive reviews from critics with ten Oscar nominations. He worked with Williams' again for the 2005 film "Memoirs of a Geisha." In addition to the soundtracks on which he was featured, Ma reunited with his former folksy trio including O'Connor and Meyer for their follow-up album "Appalachian Journey." Like their first album, it topped the classical music album chart. In 2002, he released an album titled "Silk Road Journeys" with a group of international musicians from the cities that follow the route of the historical Silk Road that he had recruited to form the Silk Road Ensemble. He would release two more albums with the group in the early 2000s, each of which charted on the Billboard 200. In 2010, Ma was featured on Carlos Santana's album "Guitar Heaven: The Greatest Guitar Classics of All Time," and in 2015, he appeared on James Taylor's album "Before This World." Over the course of his career, Ma has produced over eighty albums and has won eighteen Grammy's. He performs with a cello crafted by Domenico Montagnana in 1733 that is nicknamed Petunia.

According to Walter Isaacson's biography "Steve Jobs," at one point when Steve was very ill and close to death, he requested a visit from Yo-Yo Ma. Yo-Yo showed up with his 1773 Stradivarius cello and proceeded to give a private performance in Jobs' living room. When the performance was done, Jobs remarked:

"Your playing is the best argument I've ever heard for the existence of God, because I don't really believe a human alone can do this." – Steve Jobs

Jobs also requested the Yo-Yo play at his funeral, which he eventually did.

Personal Life and Other Work

Ma met Jill Hornor during his time at the Marlboro Music Festival, and they married in 1978. She works as an art consultant, and they have two children together.

Along with his music career, Ma is involved in other ventures that further culture and the arts. In 1999, he worked with landscape architects to design a Bach inspired garden space, which was built in the Harbourfront neighborhood of Toronto. In 2006, he was named as a Peacekeeper to the United Nations, and he is a founding member of the Chinese-American Committee, which works to protect the interests of Americans of Chinese heritage. In 2009, President Obama appointed him to the President's Committee on the Arts and Humanities, and in 2011, he was awarded the Presidential Medal of Freedom. He was named as a creative consultant to the Chicago Symphony Orchestra in 2010. In 2012, he founded the Silk Road Connect, a charitable organization that aims to teach cultural appreciation and social awareness to low-resourced children. 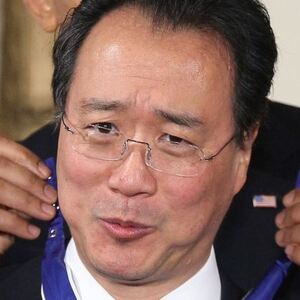