How much is Yngwie Malmsteen Worth?

Yngwie Malmsteen net worth: Yngwie Malmsteen is a Swedish heavy metal guitar virtuoso who has a net worth of $10 million. His net worth might not seem like much compared to more popular "rock gods," but Malmsteen is generally considered the top artist in his field, and a true rock master on a technical level. His career is said to have begun when he saw a TV news report of the death of famous guitarist and singer Jimi Hendrix. Although Malmsteen claims to not be musically influenced by Hendrix, his official website states that "[t]he day Jimi Hendrix died, the guitar-playing Yngwie was born." His recording career began as a heavy metal guitarist with the band Steeler and several other rock acts.

His first solo album came out in 1984. The album, Rising Force, was originally supposed to be an instrumental side project, but it eventually evolved into a full-fledged solo album for Malmsteen. Yngwie's neoclassical, highly virtuosic style of guitar playing continued to characterize his albums throughout the 80s and 90s, becoming popular in Europe and Asia after his style of "shredding" guitar solos had grown unfashionable in the United States. He continues to play live music and release successful studio and compilation albums into the present day. 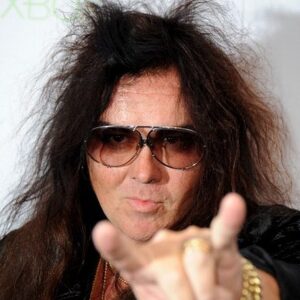