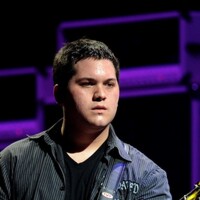 What is Wolfgang Van Halen's Net Worth?

Wolfgang Van Halen is an American musician who has a net worth of $20 million. Wolfgang Van Halen is best known for being the bassist for the American hard rock band Van Halen from 2006 to 2020. He replaced Michael Anthony in 2006. During part of that time, from 2012 to 2016, he also performed in the heavy metal band Tremonti. Since the passing of his father in 2020, Van Halen has mostly focused on his solo project Mammoth WVH, releasing his debut album in 2021.

His mother is actress Valerie Bertinelli and his father is Eddie Van Halen, guitarist and founder of Van Halen. Wolfgang is also the nephew of Van Halen drummer Alex Van Halen.

Wolfgang Van Halen was born on March 16, 1991 in Santa Monica, California as the only child of guitarist Eddie Van Halen and actress Valerie Bertinelli. He was named after famed composer Wolfgang Amadeus Mozart. His father, as well as his uncle Alex, had an undeniable impact on his life and career path from the very beginning. Inspired by Alex, who played drums in his father's band, the young Van Halen took up drumming at the age of nine. For his tenth birthday, he received his first drum set from his father. The young Van Halen later began playing guitar and bass, as well as keyboards. He went on to make guest appearances at some shows during his father's 2004 tour; memorably, he played the instrumental "316" with him, a song written in honor of the young Van Halen's March birthday.

In 2006, it was announced by Eddie Van Halen that his son would be replacing Michael Anthony as the new bassist for Van Halen. The following year, the young Van Halen began touring with the band. In 2008, he appeared alongside his father on the cover of the magazine Guitar World for the publication's first father-son issue. The young Van Halen went on to record his only studio album with the band, "A Different Kind of Truth," in 2011. Released the next year, the album was also the final studio album by Van Halen. "A Different Kind of Truth" was a critical and commercial hit, debuting at number two on the Billboard 200. Later, in 2015, the young Van Halen appeared on the live album "Tokyo Dome Live in Concert," which marks the last recorded appearance by his father. Van Halen disbanded in 2020 following Eddie's passing. 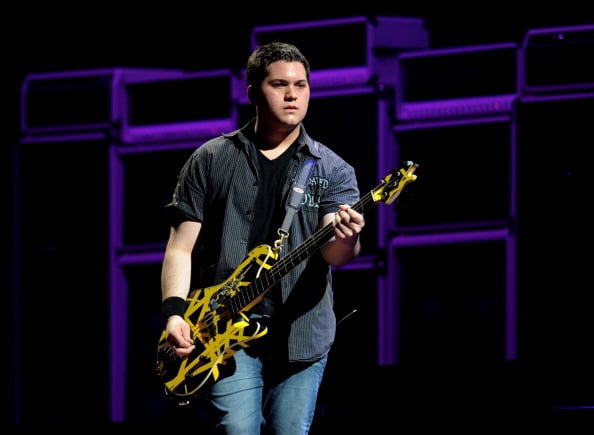 In 2012, Van Halen joined the heavy metal band Tremonti as a substitute bassist for Brian Marshall on the band's inaugural tour. The following year, Van Halen became an official member of Tremonti. He went on to record his first album with the band, "Cauterize," which was Tremonti's second studio album after "All I Was." Released in 2015, "Cauterize" charted in the UK, Australia, and New Zealand. During the same time as that album was being recorded, Tremonti recorded its third studio album, "Dust," which came out in 2016. "Dust" peaked at number 34 on the Billboard 200, and had its highest position on the UK Albums chart at number 16. Van Halen left Tremonti in 2016.

Van Halen began his own solo project, called Mammoth WVH, in 2015. He named the project after his father's first band, Mammoth, which evolved into Van Halen. The young Van Halen began focusing more on the project following his father's passing in October of 2020. In November of that year, he released its first single, "Distance," as a tribute to his father. Mammoth WVH eventually added members Frank Sidoris, Ron Ficarro, Jon Jourdan, and Tremonti drummer Garrett Whitlock for its touring lineup.

Mammoth WVH released its self-titled debut album in June of 2021; it features Van Halen on vocals, guitar, bass, drums, and keyboards, with production by Michael Baskette. The album was a success, peaking atop Billboard's Top Rock Albums and Top Hard Rock Albums charts, and making it to number 12 on the Billboard 200. In addition to the previously released "Distance," the album included the singles "Don't Back Down" and "Epiphany."

Van Halen has been featured on some albums by other artists. In 2012, he contributed background vocals to the album "The Strange Case Of…," by the rock band Halestorm. Van Halen was later featured on guitarist Clint Lowery's 2020 album "God Bless the Renegades," providing additional drums.

As a bassist, Van Halen was inspired early on by Tool's Justin Chancellor and Primus's Les Claypool. He has also cited Muse's Chris Wolstenholme, Cream's Jack Bruce, and the Who's John Entwistle as formative influences on his musical style.