Wes Borland net worth: Wes Borland is an American musician who has a net worth of $10 million. Born in Virginia, Wes Borland grew up in Nashville, Tennessee and wanted to become a drummer. His parents were not interested in having that level of noise around the house, so he began taking guitar lessons instead.

After his family moved to Jacksonville, Florida, he enrolled in school at the Douglas Anderson School of the Arts, where he studied sculpture and special effects. He also began studying jazz guitar, and eventually moved out of his parent's home at age 18 to pursue a career in music full-time. He became a member of the band, Limp Bizkit, in 1994, and after incessant touring, the group scored their first hit single. This led to more touring, and wider mainstream success. Borland performed with Limp Bizkit through 2001, and has since continued to perform and record intermittently with Limp Bizkit, while also recording and touring with his side projects, Big Dumb Face, and Black Light Burn. 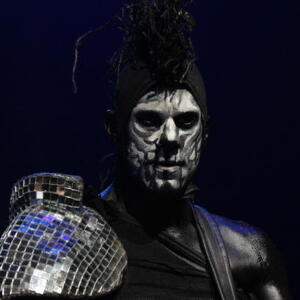