Wayne Static net worth: Wayne Static was an American musician who had a net worth of $1 million. Wayne Static was born in Muskegon, Michigan in November 1965 and passed away in November 2014. Wayne was best known as the lead vocalist, guitarist, and keyboardist for the heavy metal band Static-X. Wayne got his first guitar at seven years old and played in his first band at 12. He created the band Deep Blue Dream in 1987. Static-X was formed in Los Angeles, California in 1994. Their debut studio album Wisconsin Death Trip was released in 1999 on Warner Bros. The album was certified Platinum. The band released a total of six studio albums with their latest Cult of Static being released on Reprise in 2009. That album reached #2 on the US Hard Rock, #6 on the US Rock, and #16 on the Billboard 200 charts. The band's most popular single was "Push It" off their debut album. Wayne released his only solo album Pighammer in 2011. The album reached #7 on the US Hard Rock and #97 on the Billboard 2002 charts. Wayne Static passed away in his sleep on November 1, 2014, three days before his 49th birthday. 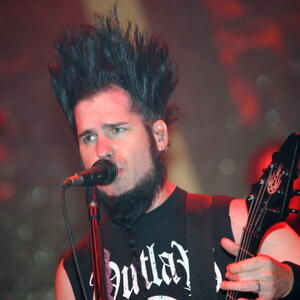