Waylon Jennings net worth: Waylon Jennings was an American singer, songwriter and musician who had a net worth of $7 million at the time of his death. Waylon Arnold Jennings was born in Littlefield, Texas in June 1937 and died in Arizona in 2002. His mother taught him how to play guitar at the age of eight.

At age 12 he started performing on the radio. He worked as a radio DJ and was hired by Buddy Holly to play bass guitar. Jennings was scheduled to be on the flight that crashed and killed Holly, Ritchie Valens, and J.P. "The Big Bopper" Richardson. In the 70s Jennings joined the Outlaw movement and recorded albums such as Lonesome, On'ry and Mean, Honky Tonk Heroes, Dreaming My Dreams, and Are You Ready for the Country. Jennings struggled with cocaine addiction in the 80s before joining The Highwaymen which also featured Willie Nelson, Johnny Cash, and Kris Kristofferson. Jennings sang and composed the theme song for the TV series The Dukes of Hazzard. He was inducted into the Country Music Hall of Fame in 2001. As an example for his son Jennings earned his GED when he was 52 years old. He won two Grammy Awards as well as the Cliffie Stone Pioneer Award from the Academy of Country Music. He passed away from complications of diabetes on February 13, 2002. 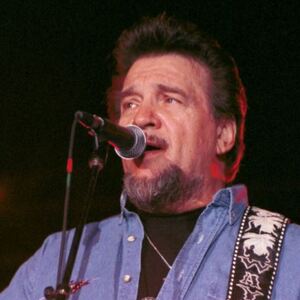