Warren DeMartini net worth: Warren DeMartini is an American musician who has a net worth of $4 million. Born in Chicago, Illinois, Warren DeMartini grew up in San Diego, California, and began playing guitar when he was seven years old. After becoming frustrated with practicing, he smashed the guitar, and did not pick it up again until he was fifteen years old, when he had saved enough money to buy his own electric guitar.

He became very good, quickly, and by the time he graduated from La Jolla High School, he had established himself as a sought after guitarist. He began taking classes at the local community college, but was invited to join Mickey Ratt in Los Angeles, to perform with the group that became known as Ratt. Ratt went on to become one of the 80's most popular glam rock bands. The band released four multi-platinum albums before breaking up in 1992. Ratt has reformed twice since then. They have released two unsuccessful albums, and have toured extensively. 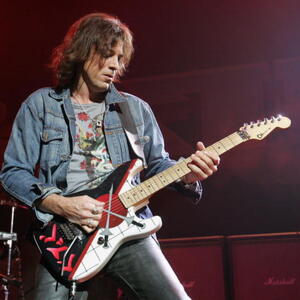