Walter Becker Net Worth: Walter Becker was an American musician, songwriter and record producer who had a net worth of $50 million. Walter Becker was most widely known as the co-founder, guitarist, bassist and co-songwriter for the band Steely Dan. Unfortunately, Walter died on September 3, 2017 at the age of 67.

Early Life: Walter Becker was born on February 20, 1950 in Queens, New York. He met future Steely Dan bandmate Donald Fagen while both were attending Bard College in upstate New York in the late '60s. They became members of the band Jay and the Americans then signed a songwriting contract with ABC Records in the early '70s. While at ABC, they formed the group Steely Dan, which was gradually whittled down to just the two of them.

Success: Over the next several decades Steely Dan sold more than 40 million albums worldwide over nine studio album releases. Steely Dan would also become one of the most-sampled bands by hip-hop artists. Several of their riffs would be turned into hugely popular rap songs. Their music has been sampled for songs by De La Soul, Lord Tariq & Peter Gunz, Kanye West, Ice Cube, Wiz Khalifa, and 3rd Bass.

Despite the group's success, in 1977 Becker suffered from numerous personal setbacks, including addiction to narcotics. After Steely Dan returned to New York in 1978, Becker's girlfriend, Karen Roberta Stanley, died of a drug overdose in Becker's apartment in January of that same year, resulting in a wrongful death lawsuit. Not long after, Becker was hit by a Manhattan taxi while crossing the street and had to walk with crutches for a period of time. His personal exhaustion was exacerbated by commercial pressures, leading the duo to suspend their partnership in June 1981. After the split, Becker turning to a part-time producing career, working with such artists as China Crisis and Rickie Lee Jones, and subsequently moving to Hawaii. Becker produced Fagen's Kamakiriad album in 1993 and the duo toured as Steely Dan again in 1993 and 1994. Becker eventually launched a solo career with the release of his debut album 11 Tracks of Whack in 1994 and it wasn't until 14 years later that a second solo album, Circus Money, surfaced in 2008. Steely Dan would continue to perform together through the rest of his life.

Two years after his death, Walter's widow held an estate sale of all the musician's former guitars and amplifiers among other valuables. The sale brought in more than $3 million. 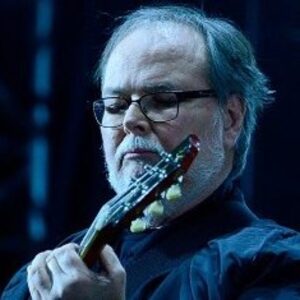