Vinnie Paul net worth: Vinnie Paul was an American professional drummer and producer who had a net worth of $6 million at the time of his death in June 2018. Vinnie Paul Abbott was born in Abilene, Texas in March 1964. He was a former member and co-founder of the heavy metal band Pantera.

Paul was also a member of the super group Hellyeah. He co-founded the band Damageplan with his younger brother, musician Dimebag Darrell Abbott. Paul helped form the band Pantera in 1981 and was the only member of the band to be officially in the band from inception all the way through until they called it quits in 2003. He was featured on all 10 albums including 1994's Far Beyond Driven which hit #1 on the Billboard 200 chart. Vinnie Paul played on the 2004 album New Found Power with the band Damageplan and on the self-titled album by Rebel Meets Rebel in 2006. He has also played on multiple albums with the group Hellyeah. Unfortunately, Vinnie Paul died on June 22, 2018 at the age of 54. 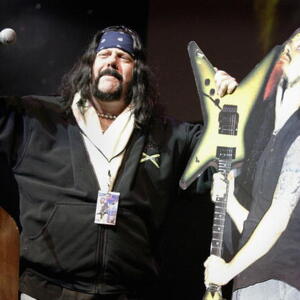