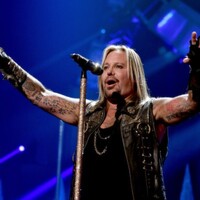 What is Vince Neil's Net Worth?

Vince Neil is an American rock star who has a net worth of $50 million. Vince Neil is best known as the on-and-off lead vocalist of Mötley Crüe, although he has experienced considerable success as a solo artist as well. Outside of music, Vince Neil is seen as a somewhat controversial figure due to several legal issues over the course of his life.

Vincent Neil Wharton was born on February 8th of 1961 in Hollywood, California. Vince's family moved throughout California for much of his childhood before finally settling in Glendora. During his high school years, Vince developed a keen interest in music, although he was also heavily involved in a range of sports. Vince Neil has revealed that he has both Mexican and Native American ancestry.

Vince Neil joined Mötley Crüe as their new lead vocalist in 1981, contributing to the albums Too Fast for Love and Shout at the Devil. Both of these albums elevated the band to international fame, but Neil's time with Mötley Crüe was cut short in 1991. Vince Neils' excessive drinking, his tendency to skip rehearsals, and his overall lack of involvement in the creative process led to his dismissal.

Following his departure from Mötley Crüe, Vince Neil embarked on a solo career with the release of his debut album, Exposed. In 1995, he released a second album called Carved in Stone. By 1997, the remaining members of Mötley Crüe and Vince Neil mutually agreed that it was in their best interests to get back together. However, Neil's return prompted Tommy Lee to leave the band soon afterward with internal conflicts erupting.

Eventually, Tommy Lee returned to tour with the band in 2005. This led to the release of their 2008 album Saints of Los Angeles, which featured all of the band's original members. In 2010, Neil released another solo album called Tattoos & Tequila.

Outside of music, Vince Neil has been involved in a number of business ventures. These include bars and grills, clothing stores, tattoo parlors, vineyards, poker tournaments, a tequila brand, gentleman's clubs, and ownership of indoor football teams. 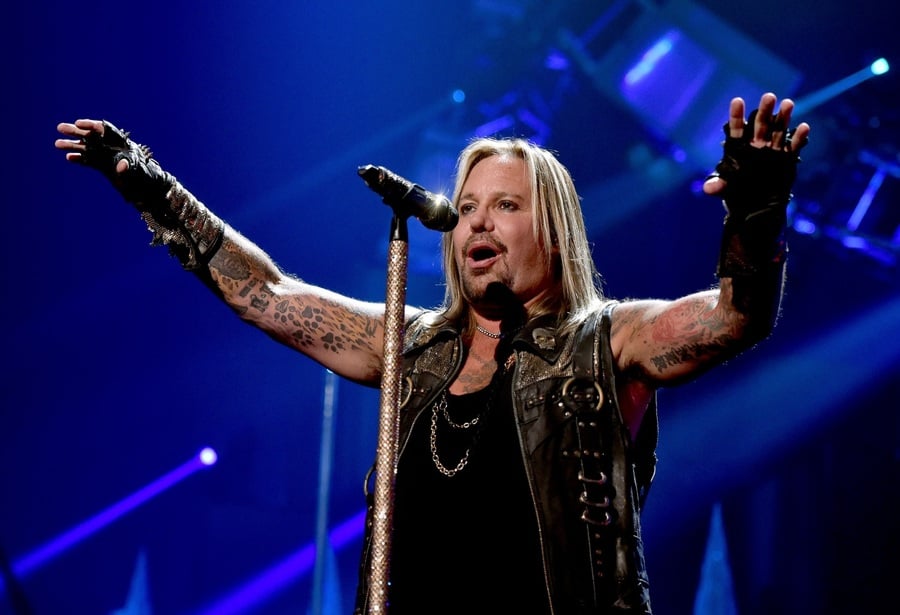 Neil was charged with vehicular manslaughter and driving under the influence, as he had a blood-alcohol level of 0.17 at the time. He was sentenced to 30 days behind bars and five years of probation. The victims of the crash received a $2.6 million settlement from Vince Neil, and the Mötley Crüe vocalist was given 200 hours of community service. Neil was eventually released after 15 days due to good behavior.

Starting in the 2000s, Vince Neil received multiple assault charges after a string of violent incidents. In 2002, he punched record producer Michael Schuman. In 2003, he was accused of assaulting a sex worker in Nevada. He pleaded no contest to battery charges and was fined. He was also required to attend 60 hours of anger management counseling. These counseling sessions seemed to have little effect, as Neil left a soundman unconscious for 45 minutes after a violent altercation during a concert in 2004.

He continued his habit of driving under the influence over the years, and he was charged for DUIs in 2007 and 2011. Also in 2011, he was charged with assault and battery after a violent altercation with an ex-girlfriend.

In 2015, he was sued for fraud after questionable investments, and in 2016 he was charged with assaulting a woman once again. He was sued by the woman for $150,000, who had approached Neil to ask for an autograph. In 2019, Vince Neil was ordered to pay his lawyers over $170,000 in legal fees that he had ostensibly refused to provide them with.

Neil's first son was born in 1978. His first wife was Beth Lynn, and they were married in 1981. They divorced four years later after having one daughter together. In 1987, Neil married model Sharise Ruddell. They had one child together before divorcing in 1993. That year, he became engaged to Playmate Heidi Mark. They were married many years later in 2000, although they divorced soon afterward in 2001. In 2005, Vince Neil married Lia Gerardini. They divorced in 2010.

In 2015, it was reported that Vince Neil was "close" to selling his ornate mansion in Danville, an elite suburb on the outskirts of Oakland and San Francisco. Allegedly, Neil had been attempting to sell the property since 2012 and hadn't lived in the palatial estate for several years.

Neil put a $2.58 million price tag on the $5,730-square-foot property, which features an extensive outdoor area with a pool and patio. The pool is lined with statues imported from Paris and boasts hand-painted Italian tiles and fountains for a truly larger-than-life aesthetic. Over the years, the property has attracted hundreds of potential buyers during open houses.

It seems that for Vince Neil, even something as simple as a real estate deal couldn't avoid controversy. When the property's impending sale was announced, it was also revealed that Vince Neil was found guilty of excessive water usage in the state of California. In a somewhat embarrassing turn of events, Vince Neil's name was published in an official list of 1,800 residents who had used the most water over the last 60-day billing cycle in that district.

When the story was picked up back in 2015, it was reported that Vince Neil faced a $2 fine for every unit of water that went over the usage cap, adding up to a total of over $150,000 in fines. Given the rock star's wealth, it seems likely that this wasn't too much of an issue.