Victor Wooten net worth: Victor Wooten is an American bass player, composer, producer, and author who has a net worth of $5 million. Victor Wooten was born in Mountain Home, Idaho in September 1964. He has been named the Bass Player of the Year by Bass Player magazine three times in a row and was listed as the 10th Bassist of All Time by Rolling Stone in 2011. In addition to his solo work, Wooten has been the bass player for Bela Fleck and the Flecktones since 1988. He authored the novel The Music Lesson: A Spiritual Search for Growth Through Music. Wooten operates his own record label called Vix Records. He also plays the fiddle, cello, keyboard, guitar, and drums.  He has released 14 albums with Bela Fleck and the Flecktones and nine solo albums. Wooten has also released albums with Bass Extremes, Vital Tech Tones, The Wootens, Greg Howe, and SMV. He has received five Grammy Awards. 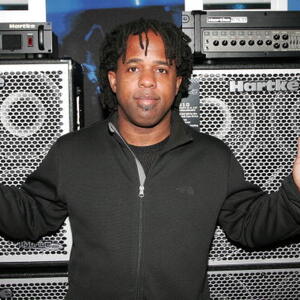