Vernon Reid net worth: Vernon Reid is an American guitarist who has a net worth of $5 million dollars. Vernon Reid was born in London, England, and grew up in the United States in New York City. He graduated from New York University. He began to make a name for himself as a musician in the early 80s, performing with Ronald Shannon Jackson, and co-founding the group, Black Rock Coalition.

However, he is most widely recognized for his work as the frontman of the band, Living Colour. The band released multi-Platinum and Gold records, won multiple Grammy Awards, and opened for the Rolling Stones during the "Steel Wheels" tour in the late 80s. They broke up in 1995, but reunited in 2000, and have since released two more albums. Vernon Reid has also enjoyed a successful solo career. In addition to releasing his own albums, he has also produced multiple albums that have been nominated for Grammy Awards, and has written scores for theatrical, dance, and film productions. 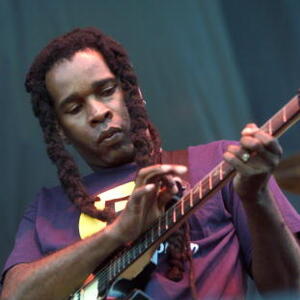