Early Life: Van Morrison was born George Ivan Morrison on August 31, 1945, in Bloomfield, Belfast, Northern Ireland. His mother, Violet, was a former tap dancer and singer, and his father, George, was a shipyard electrician. Van attended Elmgrove Primary School and grew up listening to one of Northern Ireland's largest record collections, which happened to be owned by his father. George bought Van an acoustic guitar when he was 11 years old, and he formed the band The Sputniks at age 12 and Midnight Special at 14. Morrison later asked his father to buy him a saxophone and began taking tenor sax lessons and learning to read music. Van studied at Orangefield Boys Secondary School but dropped out in 1960 and eventually found a job as a window cleaner, playing with local bands, such as the Monarchs and Harry Mack Showband, in his free time. He toured Europe with the Monarchs at age 17, and the band became known as the International Monarchs. In November 1963, they recorded the single "Boozoo Hully Gully"/"Twingy Baby" as Georgie and the Monarchs, and they disbanded later that month.

Career: In April 1964, Morrison formed Them with Ronnie Millings, Alan Henderson, Billy Harrison, and Eric Wrixon of The Gamblers, and the band's first gig took place at the Maritime Hotel's new R&B club. This venue is where the group debuted what would become their most popular song, "Gloria." Dick Rowe signed Them to Decca Records, and they released the albums "The Angry Young Them" (1965) and "Them Again" (1966) before Van left the band in 1966. Morrison moved to New York in 1967 and released his first solo album, "Blowin' Your Mind!," later that year; the single "Brown Eyed Girl," went Platinum in the U.S. and U.K. His follow-up, 1968's "Astral Weeks," was certified Gold in the U.S. and Platinum in the U.K. Van's third album, 1970's "Moondance," was his first album to sell a million copies, going 3x Platinum in the U.S., and "Rolling Stone" magazine ranked it #65 on their "The 500 Greatest Albums of All Time" list. He released nine studio albums in the 1970s, and four of them were certified Silver or higher in the U.K. His 1972 album, "Saint Dominic's Preview," was his first to reach the top 20 on the "Billboard" 200 chart.

Personal Life: In 1968, Van's girlfriend, Janet Rigsbee, agreed to marry him so he could avoid deportation. They moved from New York to Cambridge, Massachusetts, and they welcomed daughter Shana (who grew up to be a singer-songwriter) on April 7, 1970; Van was also stepfather to Peter, Janet's son from a previous relationship. Morrison and Rigsbee split up in 1973, and after returning to the U.K., Van went on to wed socialite Michelle Rocca in 2006. The couple has two children, daughter Aibbe (born January 2006) and son Fionn (born August 2007), and divorced in 2018. In 2009, Gigi Lee, Morrison's tour manager, gave birth to a child that she claimed was Van's; sadly, in 2011, George Ivan Morrison III, passed away at just 13 months old, and later that year Gigi died of throat cancer. Van has always denied that he was George's father.

Morrison has been vocal about his anti-social distancing stance during the Covid-19 pandemic, and in September 2020, he released three songs protesting against lockdowns in the U.K. Because of this, Van has been referred to as a "covidiot," and people have called for his Freedom of the City honour to be revoked by the Belfast City Council. In a "Rolling Stone" article, Robin Swann, Northern Ireland's health minister said of Morrison, "His words will give great comfort to the conspiracy theorists – the tin foil hat brigade who crusade against masks and vaccines and think this is all a huge global plot to remove freedoms. He's chosen to attack attempts to protect the old and vulnerable in our society. It's all bizarre and irresponsible." In November 2020, Van teamed up with Eric Clapton for the single "Stand and Deliver," with the track's proceeds going to The Lockdown Financial Hardship Fund, an organization Morrison launched to help struggling musicians during the pandemic.

Awards and Honors: Morrison has been nominated for seven Grammys, winning Best Pop Collaboration With Vocals for "Have I Told You Lately That I Love You?" in 1995 and "Don't Look Back" in 1997. The albums "Astral Weeks" and "Moondance" and the songs "Gloria" and "Brown Eyed Girl" have been inducted into the Grammy Hall of Fame. In 2017, Van received a Lifetime Achievement Award for Songwriting from the Americana Music Honors & Awards, and he was inducted into the Songwriters Hall of Fame in 2003 and the Irish Music Hall of Fame in 1999. He has earned eight Brit Award nominations, taking home the prize for Outstanding Contribution in 1994, and he won a BMI ICON Award in 2004. Morrison received a Lifetime Achievement Award at the 1995 Ivor Novello Awards. "Brown Eyed Girl," "Madame George," and "Moondance" were all included in The Rock and Roll Hall of Fame's "500 Songs that Shaped Rock and Roll," and "Rolling Stone" magazine ranked him #24 on their 2008 "100 Greatest Singers of All Time" list. In 1996, Van received an Ordre des Arts et des Lettres as well as honorary doctorates from the University of Ulster (literature) and Queen's University Belfast (music).

Real Estate: For several decades, Van Morrison has lived primarily in the leafy San Francisco suburb of Marin County, California, specifically in a town called Mill Valley. His house in Mill Valley is likely worth $5-7 million based on comparable properties and recent sales. It's unclear exactly when he bought the property, or what he paid originally. 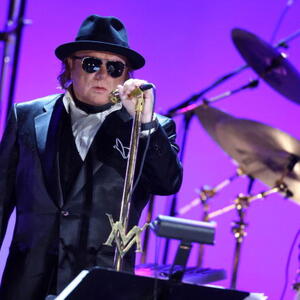