What Tyler "Ninja" Blevins' Net Worth?

Tyler Blevins, aka "Ninja," is an American internet personality and gamer who has a net worth of $40 million. Most popular for playing the game "Fortnite," Blevins has amassed more than 24 million subscribers and 2.5 billion views on YouTube and 17 million followers on Twitch. At $5 a month per subscription, he regularly earns between $500,000 and $1 million per month playing video games.

In June 2018, Ninja signed a partnership with Red Bull Esports, and that September, he became the first Esports player to grace the cover of "ESPN The Magazine."

On August 1, 2019, Blevins announced that he was leaving Twitch and switching to the Microsoft-owned platform Mixer; at the time, "Ninja" was Twitch's most -followed active channel. He ultimately returned to Twitch when Microsoft shuttered Mixer and was paid an enormous sum of money for his troubles… more on this deal in a few paragraphs.

Tyler Blevins was born Richard Tyler Blevins on June 5, 1991, in Detroit, Michigan. He grew up in Grayslake, Illinois, with mother Cynthia, father Chuck, and older brothers John and Chris. His parents are both of Welsh descent, and Chuck introduced Tyler to video games at a young age. While attending Grayslake Central High School, Blevins played soccer and worked at Noodles & Company. He began competing in video game tournaments, joining professional gaming organizations, and live-streaming his games while attending Wisconsin's Silver Lake College.

In 2009, Blevins started playing video games professionally, beginning with "Halo 3." Organizations he has played for include Team Liquid, Cloud9, and Renegades, and he began streaming in 2011, playing "H1Z1" and "PlayerUnknown's Battlegrounds" ("PUBG"). In 2017, he joined Luminosity Gaming, playing "Halo," "H1Z1," and "PUBG" and winning the "PUBG" Gamescom Invitational Squads classification later that year. After Ninja began playing "Fortnite Battle Royale," he became more popular on Twitch, gaining 1.5 million followers between September 2017 and March 2018. When he played "Fortnite" with Drake, Travis Scott, and Juju Smith-Schuster in March 2018, 635,000 watched the live stream, setting a record for the largest concurrent audience on an individual Twitch stream. This led to Epic Games pairing gamers with celebrities at E3 2018, and Ninja and his partner, electronic musician Marshmello, won the "Fortnite Battle Royale" event. Blevins broke his previous Twitch record in April 2018, when 667,000 viewers watched him during Ninja Vegas 2018.

In 2018, Tyler teamed up with Red Bull Esports and held the Red Bull Rise Till Dawn "Fortnite" event in Chicago. By Ninja's estimate, he made nearly $10 million in 2018, and in 2020, Epic Games honored his role in "Fortnite's" success by adding a Ninja cosmetic skin to the game. According to Reuters, Electronic Arts paid Blevins $1 million to promote battle royale game "Apex Legends" in 2019. Ninja left Twitch in August 2019 and began streaming exclusively on Mixer; after Mixer shut down in July 2020, he began streaming on his YouTube channel. As of early 2020, he was reportedly earning more than $500,000 per month from his "Fortnite" streams.

In 2015, Tyler and his family appeared on "Family Feud," and they competed on "Celebrity Family Feud" in 2019. In 2018, he released the album "Ninjawerks: Vol. 1," a compilation of tracks by electronic musicians such as Alesso, Tycho, and Nero, on the Astralwerks record label. In 2019, Ninja appeared in the NFL's "The 100-Year Game" ad that aired during the Super Bowl, and in August of that year, he released the book "Get Good: My Ultimate Guide to Gaming." In 2019, he took part in Fox's "The Masked Singer," performing Lil Nas X's "Old Town Road" and Devo's "Whip It" in an ice cream cone costume; he was the second person to be voted off in the second season premiere, after figure skater Johnny Weir.

As we stated previously, In August 2019 Tyler stunned the gaming world when he announced he had signed a deal with Microsoft to move all of his streaming exclusively to Mixer. Fellow esports superstar Shroud followed Ninja to Mixer two months later.

In June 2020 Microsoft announced it was shuttering Mixer and folding the platform into Facebook Gaming. Facebook reportedly offered Ninja and Shroud double the money they had previously been making with Microsoft to coming along. They both refused to go to Facebook. As such, Microsoft was forced to trigger a buyout clause which meant Ninja reportedly was paid $30 million and Shroud $10 million to walk away. In August 2020 they both re-joined Twitch.

Between the buyout and the money he earned in the single year of the Mixer deal, Ninja is believed to have earned $40 million from Microsoft. 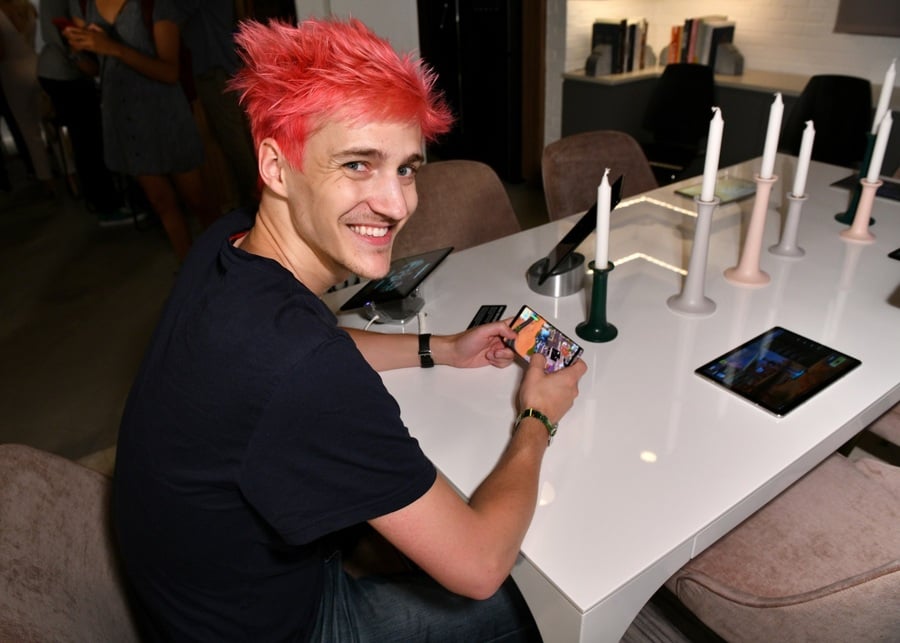 Blevins has said that he won't stream with female gamers in order to protect his marriage from rumors. In 2016, he was suspended from Twitch for 48 hours after he released the address of a donor with a racist donation message and screen name. In 2018, Ninja ad-libbed a racial slur while rapping along to Logic's "44 More" during a stream; he apologized and stated that he didn't mean to say that particular word.

Tyler met fellow gamer Jessica Goch at a "Halo" tournament in 2010, and they began a relationship in 2013. The couple married in August 2017 and honeymooned in the Caribbean. Goch, now known as Jess Blevins, is Ninja's manager as well as a popular streamer, with more than 224,000 YouTube subscribers and 500,000 Twitch followers.

Tyler is passionate about charity work and raised more than $110,000 for the American Foundation for Suicide Prevention during a 2018 charity stream. While competing in an April 2018 "Fortnite Battle Royale" Esports event, he donated $2,500 to the Alzheimer's Association for each game he won. That month, Ninja also helped raise $340,000 at the #Clips4Kids event, and he donated $1 million to charity after winning the "Fortnite" Pro-Am event in 2018. During the 2020 Coronavirus pandemic, Tyler and Jess donated $150,000 to Feeding America.

In 2018, Ninja and Jess purchased a 6,700 square foot mansion in the Chicago suburbs. The 5-bedroom home includes a game room and a theater. 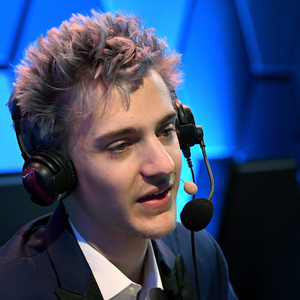