Turner "Tfue" Tenney net worth: Turner Tenney is an American Twitch streamer and internet personality who has a net worth of $4 million. Turner Tenney was born in Indian Rocks Beach, Florida in January 1997. He is a professional Fortnite Battle Royale esports player for the FaZe Clan. Tenney started his Twitch channel Tfue in 2014 and it now has more than six million followers and 125 million total views. He also started his YouTube channel Tfue in 2014 which today has more than 11 million subscribers and 900 million total views. Turner's older brother Jack is a YouTuber known as JOOGSQUAD PPJT. Turner Tenney played Z1 Battle Royale and PlayerUnknown's BattleGrounds before becoming famous. He joined FaZe Clan in 2018 and began competing in a series of weekly tournaments. Turner Tenney won the UMG Friday Fortnite tournament in June 2018 but tweeted that he donated $5000 of his prize money to the St. Jude Children's Research Hospital. 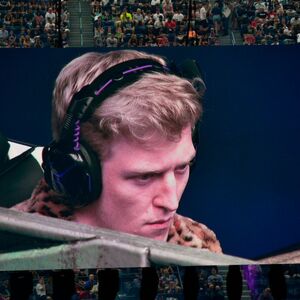