Trey Anastasio Net Worth: Trey Anastasio is an American musician who has a net worth of $85 million. He is best known for being the lead vocalist of the band Phish. He co-founded the band back in the mid-80s, and since then he has composed more than 150 songs by the band. Outside of his work with Phish, Anastasio is an established singer and songwriter who has worked on a number of different projects with various artists.

He is also known for his collaborations with Amanda Green, with whom he wrote the score for the Broadway musical "Hands on a Hardbody." In recognition of this contribution, Green and Anastasio were nominated for a Tony Award and won additional honors and accolades.

Early Life: Ernest Joseph "Trey" Anastasio III was born on September 30th of 1964 in Fort Worth, Texas. He moved with his family to Princeton, New Jersey when he was three, and he was raised alongside his sister by successful parents. His father was an executive vice president at the Educational Testing Service, and his mother was a successful author and editor of the Sesame Street Magazine.

Although he attended public schools during his early years, Anastasio eventually attended a private school from which he graduated. During his private school years, Trey met Steven Pollak (the Dude of Life), who helped him create a number of songs that were eventually released by Phish.

After graduating from high school, Anastasio attended the Univerisity of Vermont, where he studied philosophy. During his college years, Trey met many future members of Phish, including Jon Fishman, Mike Gordon, and Jeff Holdsworth. In 1983, this group of friends first started performing together at the university cafeteria. However, the band wasn't always given a warm reception by audience members.

At one point, Trey returned home to New Jersey and reconnected with childhood friends such as Tom Marshall, Marc Daubert, and Page McConnell. These individuals would also end up joining Pish. In addition, Trey worked with Ernie Stires, who taught him various musical skills. Anastasio finally graduated from university in 1988, although by this point he had transferred to Goddard College. 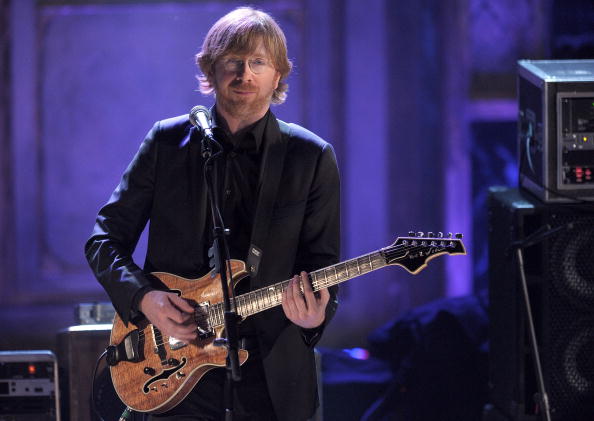 Career: After founding Phish, the group became known for musical improvisation, jamming, and exploring numerous genres. Anastasio has served as the lead guitarist and vocalist since the band's creation. In 1986, Phish released their first album, entitled "The White Tape." Another important album was released in 1988 called "The Man Who Stepped Into Yesterday." This was actually Trey's senior project for his final year at Goddard College.

After the release of their second official album, Trey and the rest of the group started taking themselves more seriously and practiced regularly. This resulted in their first full-length album called "Junta." By the 90s, they had reached mainstream success and were touring across the United States. They also received significant exposure on MTV. Eventually, the group broke up in 2004. However, they reunited in 2009 and released a reunion album. They also started rehearsing together once again after this reunion, and they performed various gigs as Phish.

In 1998, Trey started the Trey Anastasio Band. In 2018, the group was still touring. Anastasio is also known for his solo career, during which he has collaborated with a wide range of other artists.

Legal Issues: In 2006, Trey committed a traffic violation and was pulled over by the police in Whitehall, New York. He then failed his sobriety test, resulting in a DUI charge. When officers searched his vehicle, they found heroin and an assortment of other drugs. After pleading guilty, Trey was given a reduced felony drug charge and was ordered to undergo a 14-month program involving drug tests, community service, and rehab. After completing this program, his conviction was reduced to a misdemeanor. Anastasio has been sober since 2007.

Real Estate: In 2015, it was reported that Trey was listing his home in Palisades, New York for $2.995 million. He originally purchased the home from actress Lorraine Bracco in 2009 for $2.7 million, and the residence is located in the affluent neighborhood of Snedens Landing. Just 25 minutes from New York City, the residence lies on the Hudson River and is directly next to 2,500 acres of riverfront parkland. The home features its own private, rocky cove on the Hudson River. In addition, the residence features 2,121 square feet of living space and three bedrooms.

In 2018, it reported that Anastasio was still trying to sell the residence, and he had dropped the price down by $700,00. Later in 2018, Trey finally settled on a price of $1.83 million, accepting a significant loss. In fact, this final selling price was almost $1 million less than what he originally paid for it almost ten years prior. In addition, Trey owns a co-op apartment in Central Park West of New York, which he originally purchased in 2006 for $2.6 million.

He also owns a rural property in Burlington, Vermont, which also serves as a professional rehearsal and recording facility. Also known simply as "The Barn" or "The Farmhouse," this property has been used to record most of Phish's albums since 1999. A number of other artists have also used "The Barn" to record their albums, including Bela Fleck, John Patitucci, Tony Levin, and many others. 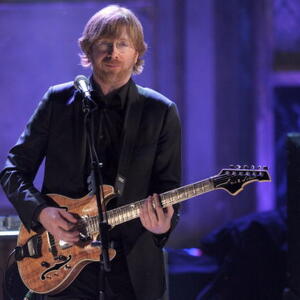