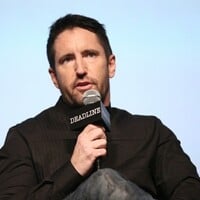 What is Trent Reznor's Net Worth?

Trent Reznor is an American singer-songwriter, producer, and multi-instrumentalist who has a net worth of $80 million. Trent is best known for being the founder and lead vocalist of the industrial rock group Nine Inch Nails. The group reached considerable levels of success in the late 80s and throughout the 90s. Outside of his activities with Nine Inch Nails, Reznor has collaborated with a wide range of other artists over the years. He later formed a second group called How to Destroy Angels.

In addition to his musical career, Trent Reznor has also emerged as a talented film composer, creating scores for a wide range of films throughout the 2000s and 2010s. Reznor is also an entrepreneur who is involved with a range of business pursuits. He has been named one of the most influential people in the music industry.

Michael Trent Reznor was born on May 17th of 1965 in New Castle, Pennsylvania. He was raised in Mercer, Pennsylvania, and his parents divorced when he was six. Trent was subsequently raised by his grandparents, who encouraged his involvement in musical pursuits from a young age. At age 12, he began playing the piano, and it soon became obvious that he had a natural talent for music. In addition, Reznor enjoyed skateboarding and building model planes throughout his youth.

While attending high school, Trent learned how to play the tenor saxophone and the tuba. He also became involved in the school's theater program, taking roles in various stage productions. After graduating from high school, Trent attended Allegheny College and studied computer engineering.


Trent joined the band Option 30 while still in high school. He then dropped out of college to pursue a music career, and in 1985 he joined the band The Innocent as a keyboardist. Throughout the 80s, he also joined bands like Exotic Birds. While working at a studio as an engineer and janitor, Trent had the opportunity to record his own demo tapes for free.

Although he initially planned to seek out a number of musicians to join him as members of Nine Inch Nails, Trent decided to record all of the instruments himself. He was inspired by Prince, who often did the same thing for his albums. His demo tapes attracted attention from record labels, and he eventually signed with TVT Records before releasing the album "Pretty Hate Machine" in 1989. The album was quite successful and reached gold certification.

He followed up with "The Downward Spiral" in 1994, which became the band's best-selling album in America. After a tumultuous few years, Trent failed to come up with a follow-up album. Five years later, he finally released "The Fragile," which wasn't as successful as the previous album. Six years passed before he released another album called "With Teeth." In 2007, he released a concept album called "Year Zero." Two more albums were released independently in the following years; "Ghosts I-IV" and "The Slip."

Other Work and Soundtrack Producing

After resigning with Columbia records, he released the album "Hesitation Marks" in 2013. Outside of his work with Nine Inch Nails, Trent has collaborated with artists like Marilyn Manson, Queens of the Stone Age, and Fleetwood Mac. In 2010, he formed the band How to Destroy Angels. In addition, Trent Reznor composed the original music for a number of video games, including 1996's "Quake" and "Call of Duty: Black Ops II."

Trent Reznor also produced soundtracks for films like "Natural Born Killers," "Lost Highway," and "Tetsuo: The Bullet Man." As a composer, he has worked with Atticus Ross to create scores for films like "The Social Network," "The Girl with the Dragon Tattoo," "Gone Girl," and "Bird Box."


In 2004, John Malm Jr. tried to sue Trent Reznor for over $2 million. Trent's former manager claimed that the Nine Inch Nails frontman had failed to pay him millions of dollars' worth of commissions over the years. Reznor filed a countersuit against Malm Jr., claiming that his contract was unethical and unlawful. Among other things, this shady contract apparently guaranteed Malm Jr. 20% of all Reznor's gross earnings (not net earnings), even when the manager was no longer representing Trent. Malm Jr. also claimed that Trent had also given him half the rights to the band's trademark name.

Part of the reason Reznor was lulled into this terrible contract was because of his struggle with addiction. After getting clean, he contacted Malm Jr. – only to discover that he had just $400,000 in liquid assets. After a 2005 trial, the jurors took Trent's side, and he was awarded almost $5 million in damages.

In 2013, Reznor became the new head of Project Daisy alongside Ian Rogers. Project Daisy was a music subscription service established by Beats Electronics, and Trent was officially given the title of "chief creative officer." The service was eventually launched in 2014. After Apple acquired Beats Electronics, Trent was retained in a similar role, and he eventually became involved in the creation and launch of Apple Music.


Trent Reznor is famous for his criticism of the music industry as a whole. He has attacked Universal Music Group for demanding "absurdly" high prices for his albums. He went as far as to encourage his fans to steal his music online instead of paying for it.

In 2009, Trent married Mariqueen Maandig, a Filipino-American singer. The pair subsequently had five children together, and they live together in Los Angeles.

After the release of "The Downward Spiral," Trent went into a very real downward spiral of his own, becoming addicted to alcohol, cocaine, and other drugs. The trigger was the death of his grandmother who had raised him from the age of six. He eventually went into rehab and cleaned up his act in 2001.

In 2017, it was announced that Reznor had finally sold his home in Beverly Hills. He had previously put the home on the market for $4.495 back in 2015. Two years later, he relisted the property for $5.75 million, and this time he was able to find a buyer. Reznor originally purchased the property for $4.2 million back in 2007. Located in the Post Office area of Beverly Hills, the 4,320-square-foot property features an infinity pool, an outdoor fireplace, and stunning views of the city and surrounding canyons.