Tony Banks Net Worth: Tony Banks is a British musician who has a net worth of $60 million dollars. He is best known for being the keyboardist and a founding member of the band Genesis.

Anthony George Banks was born in East Hoathly, East Sussex, England in March 1950. Banks had classical training in piano and also taught himself to play the guitar. He met Peter Gabriel in 1963 at Charterhouse School. Genesis formed in 1967. Tony is one of the only two members to have been with the group through its entire history. He was a composer for the group and wrote some of the lyrics. He mostly played keyboards but sometimes played acoustic guitar. Genesis has sold 130 million albums worldwide. They released 15 studio albums including three that hit #1 in the UK and went multiple Platinum. Some of their most popular songs include "Hold on My Heart", "I Can't Dance", "No Son of Mine", "Land of Confusion", "Invisible Touch", and "Mama". Genesis was inducted into the Rock and Roll Hall of Fame in 2010. Tony has had a solo career and has scored films. He has released five solo studio albums. His biography Man of Spells by Mario Giammetti was published in 2006. He was listed as #11 on the greatest keyboard players of all time by MusicRadar. Tony married his wife Margaret in 1972 and the couple has two children together. 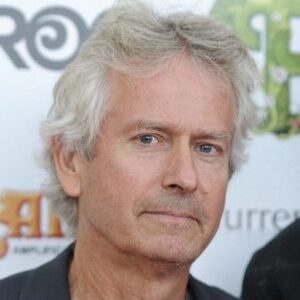